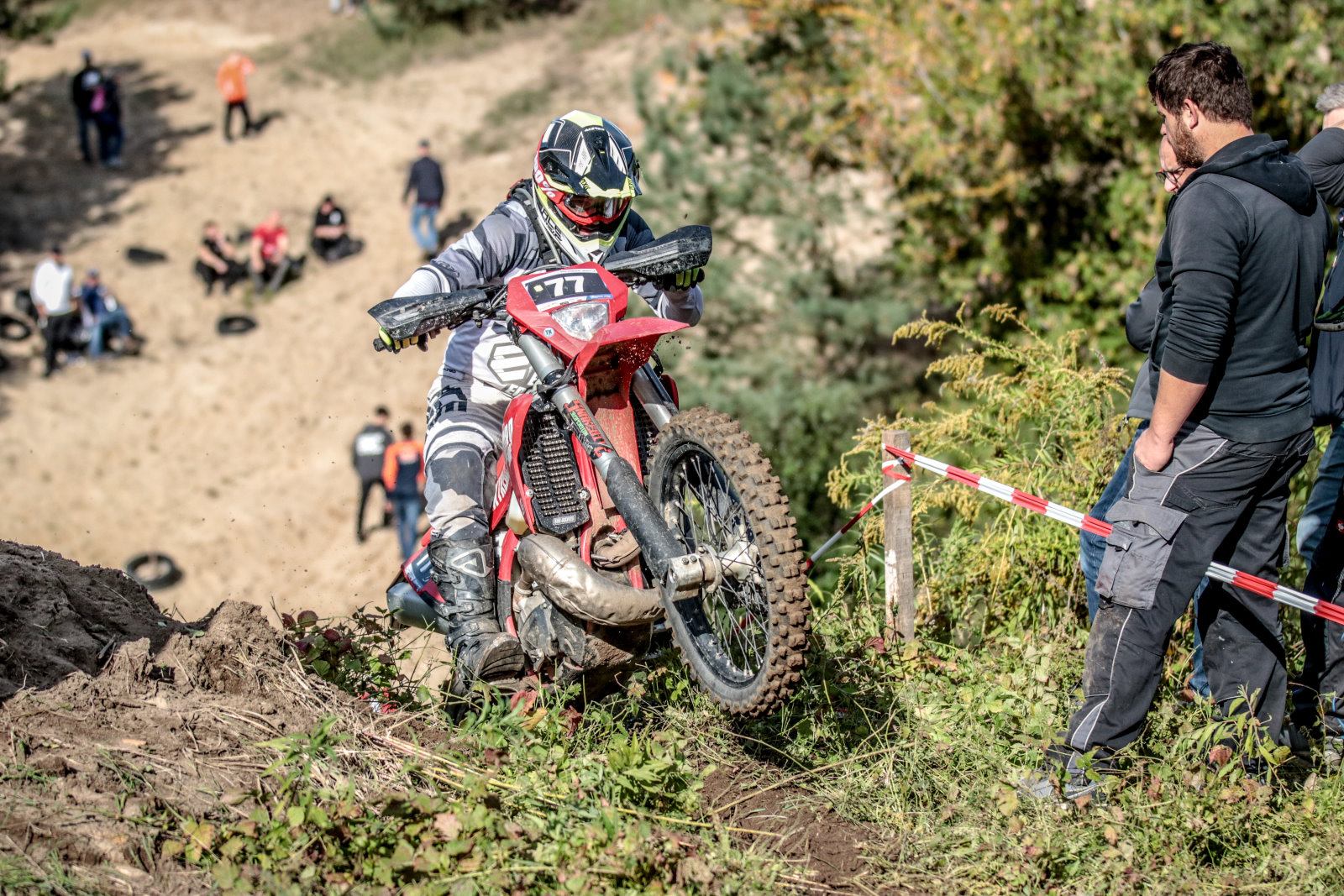 The second stop of the MAXXIS HardEnduroSeries Germany in Reetz, Brandenburg, was held in the normal mode of the series. Last year, when Reetz was the only round of the series due to the pandemic, the race was held as a sprint enduro. Nevertheless, the course was fast and had only a few technical sections. These challenged the riders and provided the first championship decisions in the third-last round of the season.

The Endurides Prologue Award was held on a loop of about 7 minutes. The riders with motocross skills had some advantages. The dominator of the season, Leon Hentschel, caused the first surprise of the day. He crashed on a fast section and lost about 20 seconds. Thus, the victory in this special classification went to Marc Wulf.

Kai Haase took advantage of the aforementioned MX Skillz and placed second, while Hentschel's fall meant that he was only 20th and therefore had to start in group race 2.

Group races go to the favourites

Despite fewer participants than usual, the spectators were offered a lot already in the group races. Especially because the top group was fully represented. Freestyle pro Kai Haase also used his day off to take part in the series for the third time.

Marc Wulf won the first group race over 90 minutes. Hentschel won the second heat. Despite a few technical difficulties, he won against Haase and Louis Richter. These two also had a close duel, as did Paul-Erik Huster and Lenny Geretzky behind them. 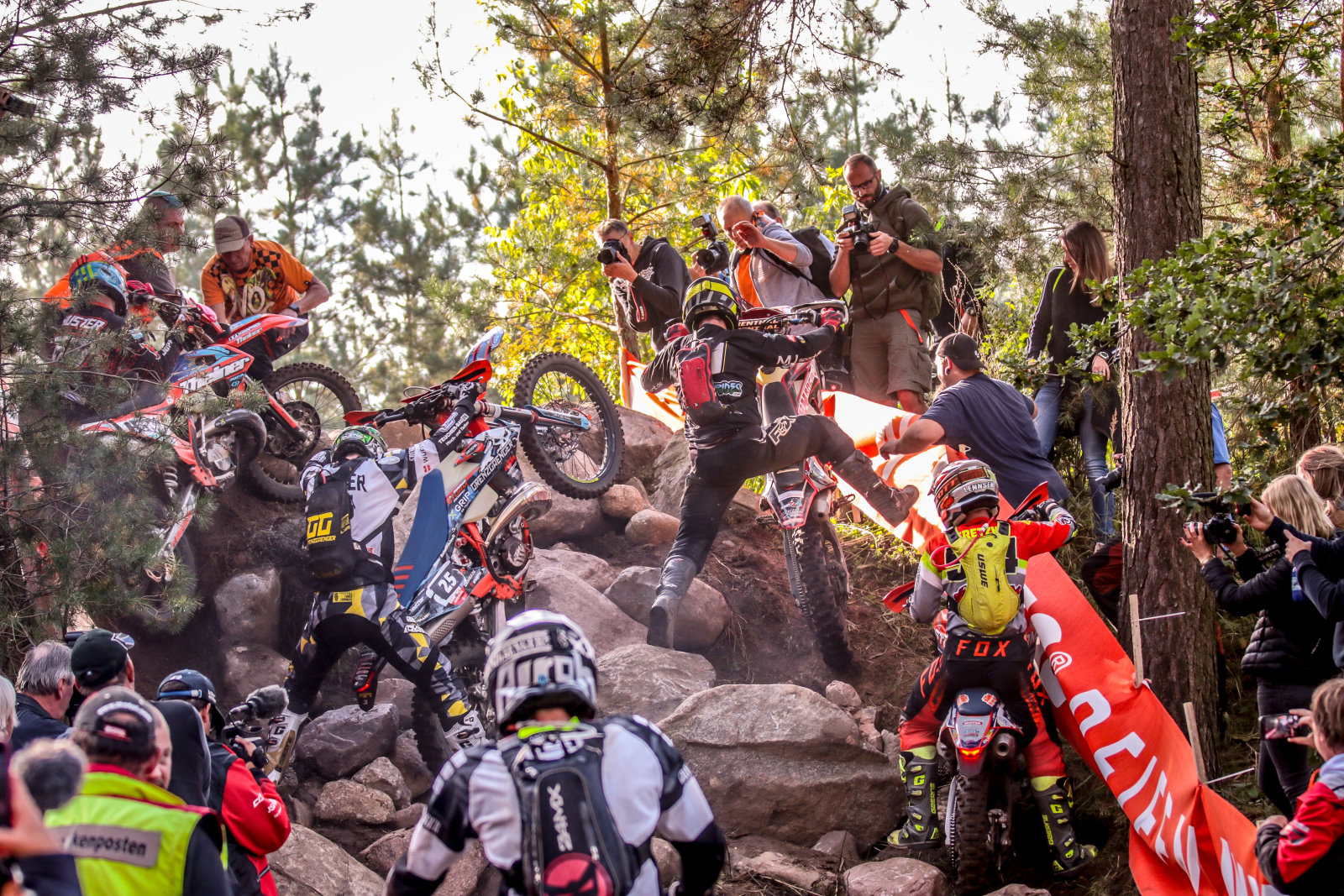 After lap 1, Marc Wulf led the field. He showed a strong performance throughout the race day and continued to close the gap to Hentschel in every race. However, the decision in Hentschel's favour followed at the end of the second lap in the most difficult section of the lap.

Wulf got stuck briefly and lost a few seconds, Hentschel took advantage of this and was able to pass the Thuringian on the outer lane. With a gap of just under 57 seconds, Hentschel thus also won the fifth race of the season: "I'm super happy, it was a great day. The track was cool too, with lots of sand it was something different. I'm looking forward to the next race. 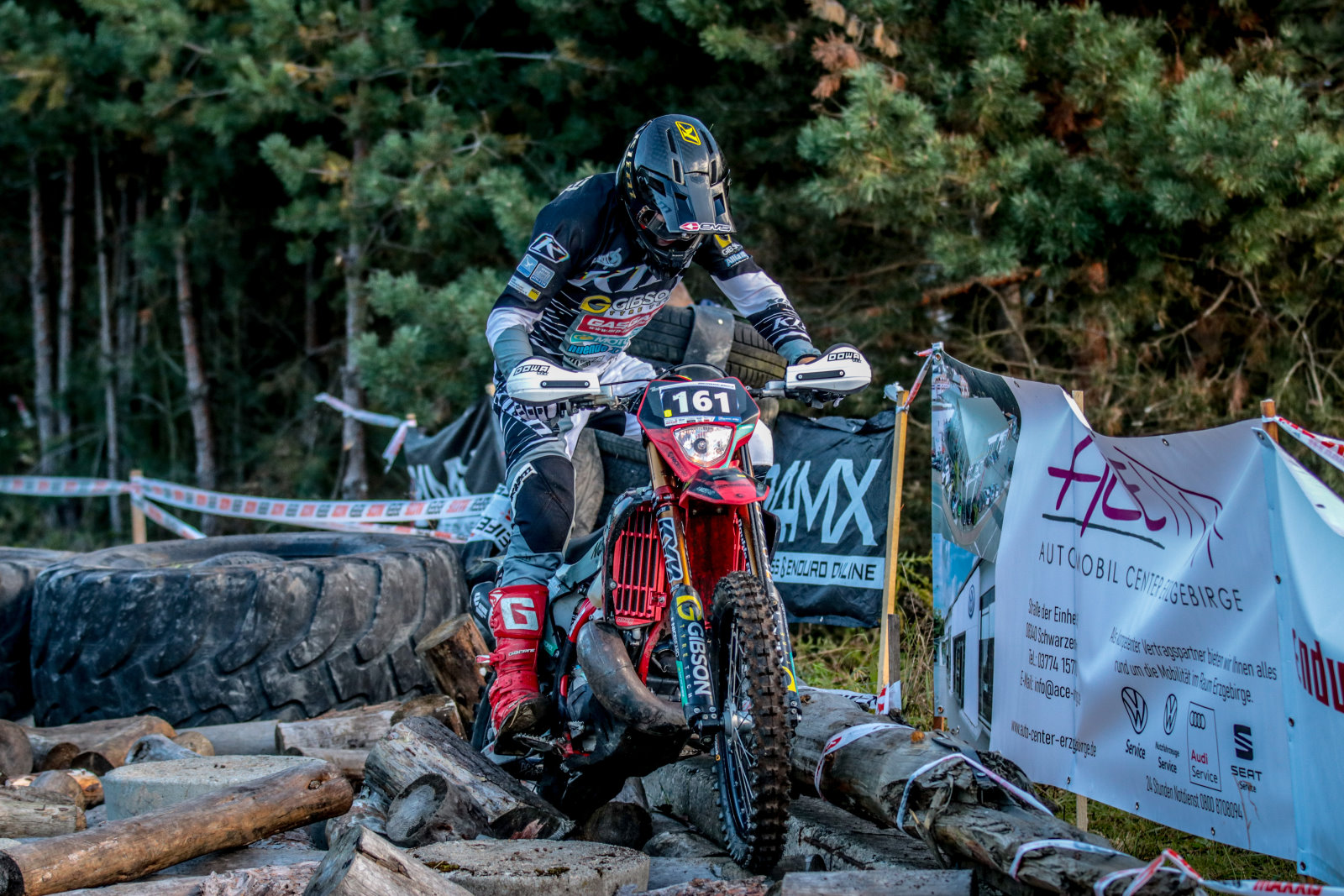 A hard piece of work brought Timo Jungmann the early championship in the senior class. With the Czech Rudolf Stütz he had a tough opponent who also did very well in Reetz, but in the end Jungmann prevailed again, which now means the early title for the Hessian.

Paul-Erik Huster won the junior category again, benefiting from a mishap that also affected his closest rival Louis Richter. Some riders missed a turn-off and continued on the group race lap, losing a few seconds as a result. In the final, however, this section was not included in the lap. One of the riders in the front of the field must have taken away the barrier tape at this point in a duel, which meant that the turn-off was no longer 100% visible. The organiser, MSC Burg Eisenhardt, however, put up extra arrows so that exactly this could not happen. During the race, however, all the riders are under stress, so it did happen.

The next round of the MAXXIS HardEnduroSeries Germany will take place next Saturday 09.10.21 in Schwepnitz. Online entries (www.hardenduro-germany.de/onlinenennung-isegrim-enduro-2021/) are still possible, there will again be an extra honour for guests and a licence is not required there.