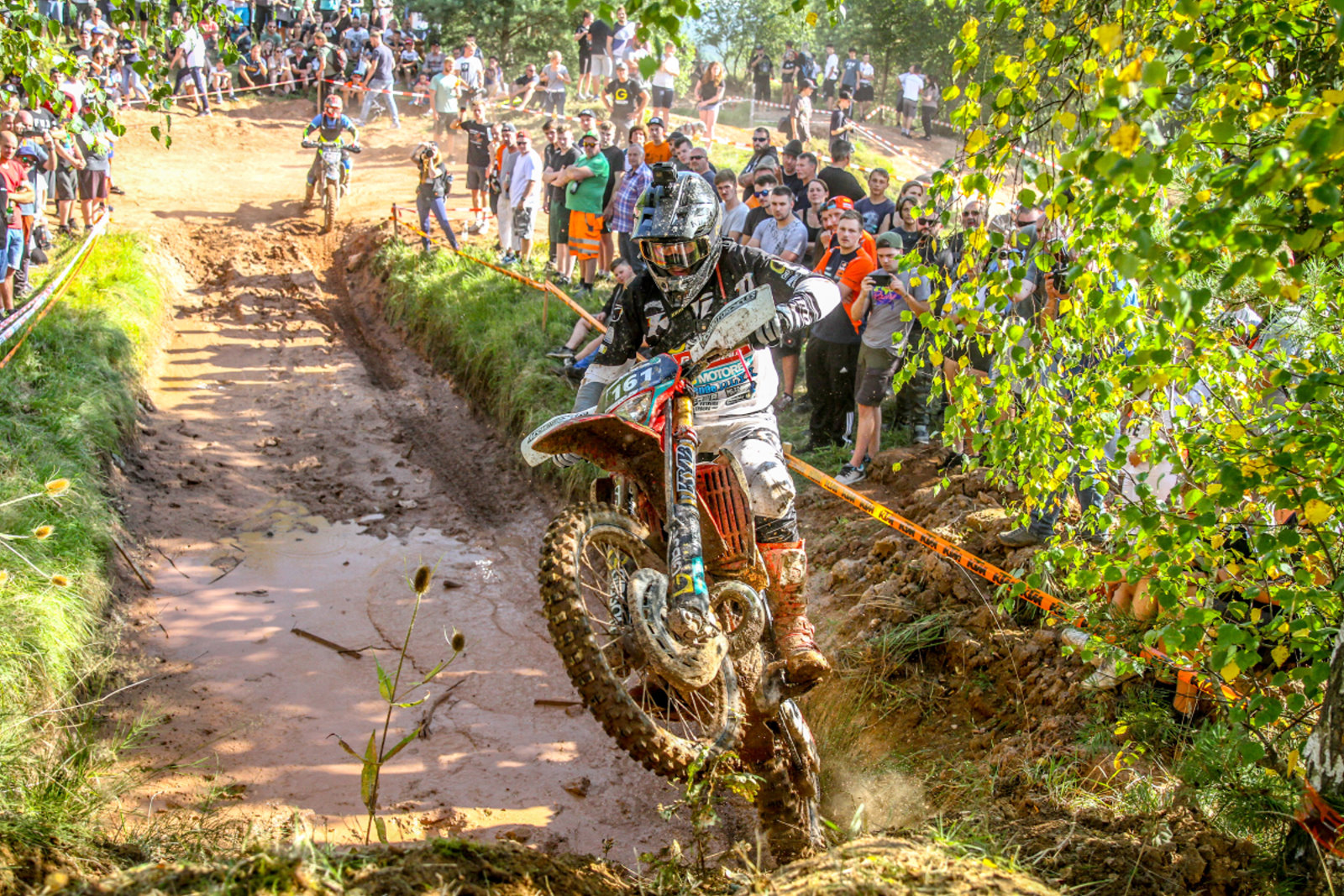 MC Isolator Neuhaus-Schierschnitz track spokesman "Otto" had the best description for the race day at the "Biene" motorsport facility in Neuhaus-Schierschnitz: "The "Biene" truly showed its spines and once again challenged the drivers." After many rainfalls in the last weeks, the weather now presented itself again from its best side and had left only a few wet sections for the approximately 90 drivers. However, these were a real spectacle at the 3rd race of the season of the MAXXIS HardEnduroSeries Germany 2021.

The many spectators who travelled to the event were also satisfied with the event, especially because the motorsport-crazy region of southern Thuringia had to wait 1 1/2 years until the Corona event could finally be held.

With a fabulous time of 3:01 minutes, Leon Hentschel set the first exclamation mark of the weekend in the Endurides Prolog Award. Behind the rider from Lower Saxony, however, the field was shaken up. On the fast prologue, other riders were able to show their skills this time. One of them was Louis Richter. So far this season, he did not really get into shape in the prologue races. In Neuhaus-Schierschnitz, however, he did everything right and managed to move up to second place despite a late start.

The biggest surprise of the morning, however, was Felix Bähker, who was almost the last to start and even managed third place in the strong field.

The group races decide who will make it to the final of the day. Normally, the riders don't risk much there, but the group race can still shatter almost all dreams. This is what almost happened to Paul-Erik Huster in the second group race. The junior had a foreign body in his bike already in the first lap and lost so much time that he was even lapped by his worst competitor in the junior class, Louis Richter. In the end, however, it was still enough for the KTM Theiner rider to make it into the final with a fast, controlled riding style.

The second group race proved to be much more complicated than the first round, especially a stony ascent gave off a final feeling, in line with the motto of the series "Feel the Action".

With Leon Hentschel and Louis Richter, the favourites prevailed and were allowed to take up the event in row 1 in the final. 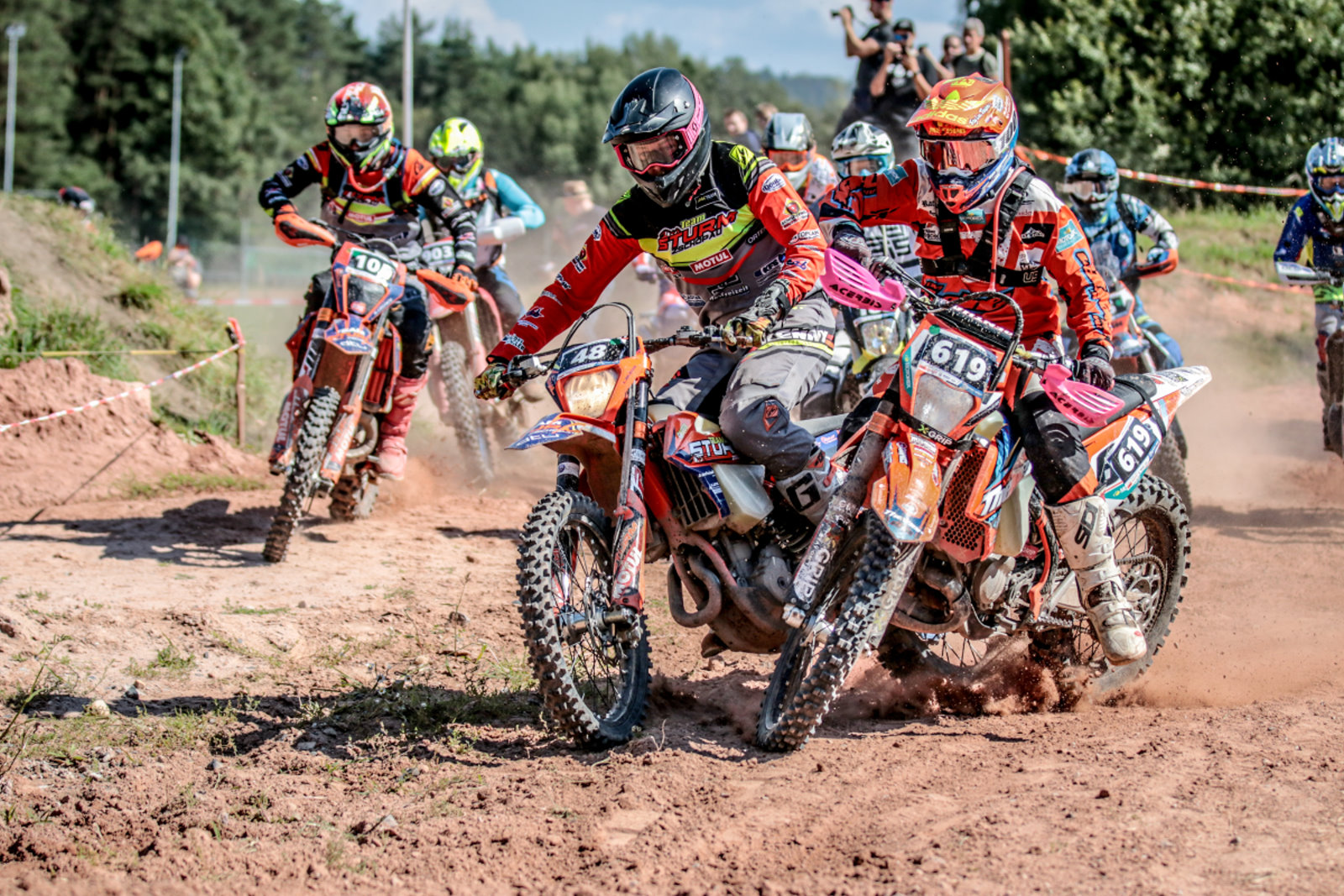 Hentschel wins confidently in the final

Leon Hentschel only briefly lost his lead in the final to Max Faude. Of all things, this happened when he was the first to stumble at an eye of a needle made of concrete tubes in the final. This place turned out to be the decisive obstacle in the 60-minute final race, and whoever was able to cross this passage ended up quite far ahead in the final result. The notorious waterhole with a short uphill section, which caused headaches in the 2019 season, was defused in advance by MC Isolator and did not play a decisive role in the race this time. 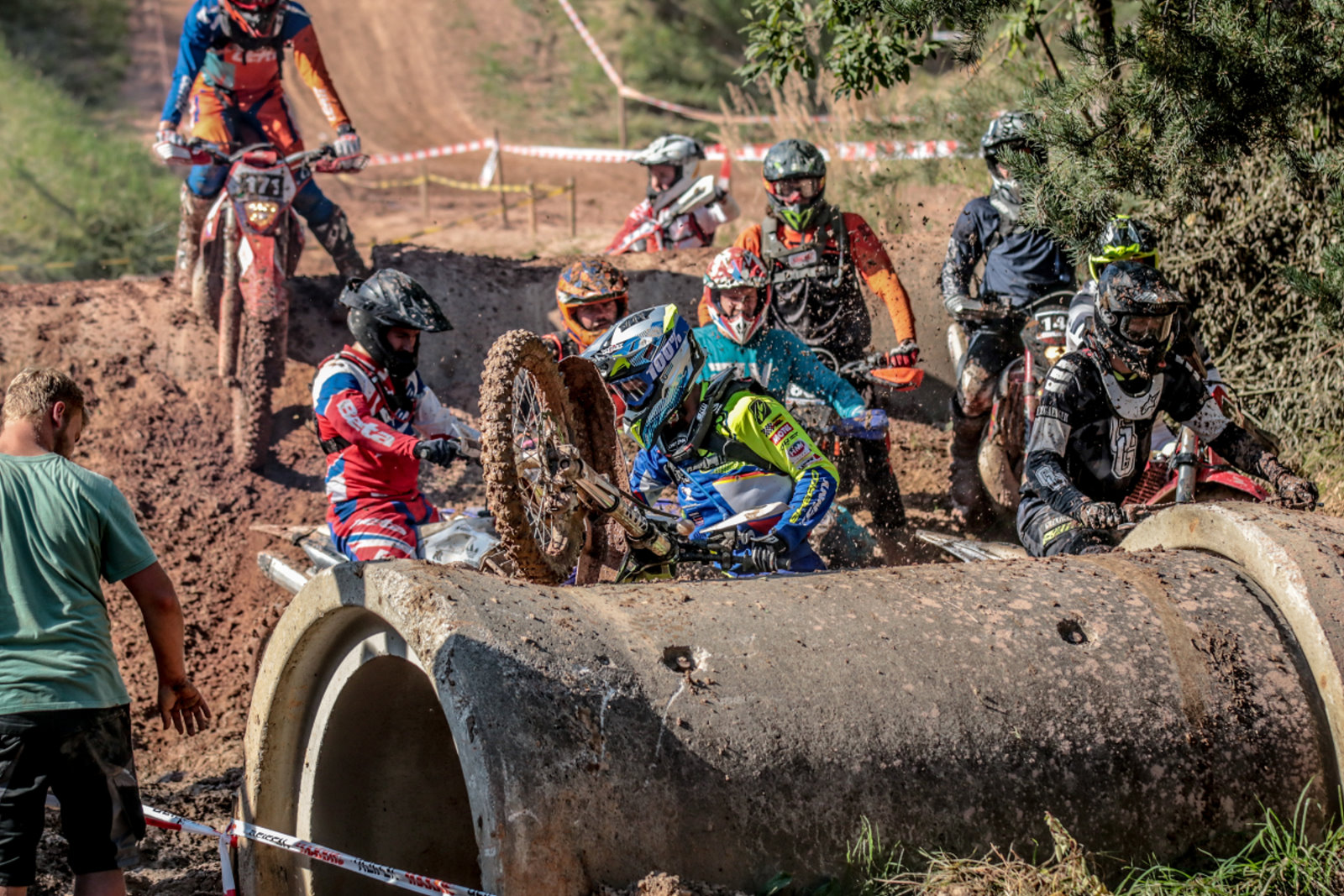 Hentschel, after regaining the lead, put himself back in front and continuously extended it. Faude, on the other hand, secured second place in front of Paul-Erik Huster, who also won the junior class. Due to scheduling conflicts, Tim Apolle and Marc Wulf were not at the start this time, resulting in this somewhat different podium.

Winner Leon Hentschel was very satisfied after crossing the finish line: "Of course it's good to extend the lead here. It was mega fun, it was an awesome lap."

Paul-Erik Huster's victory in the junior class means that he is now the new leader in this classification. Timo Jungmann remains in the lead in the senior class, although he had to admit defeat to Rene Jerbach from Estonia this time. 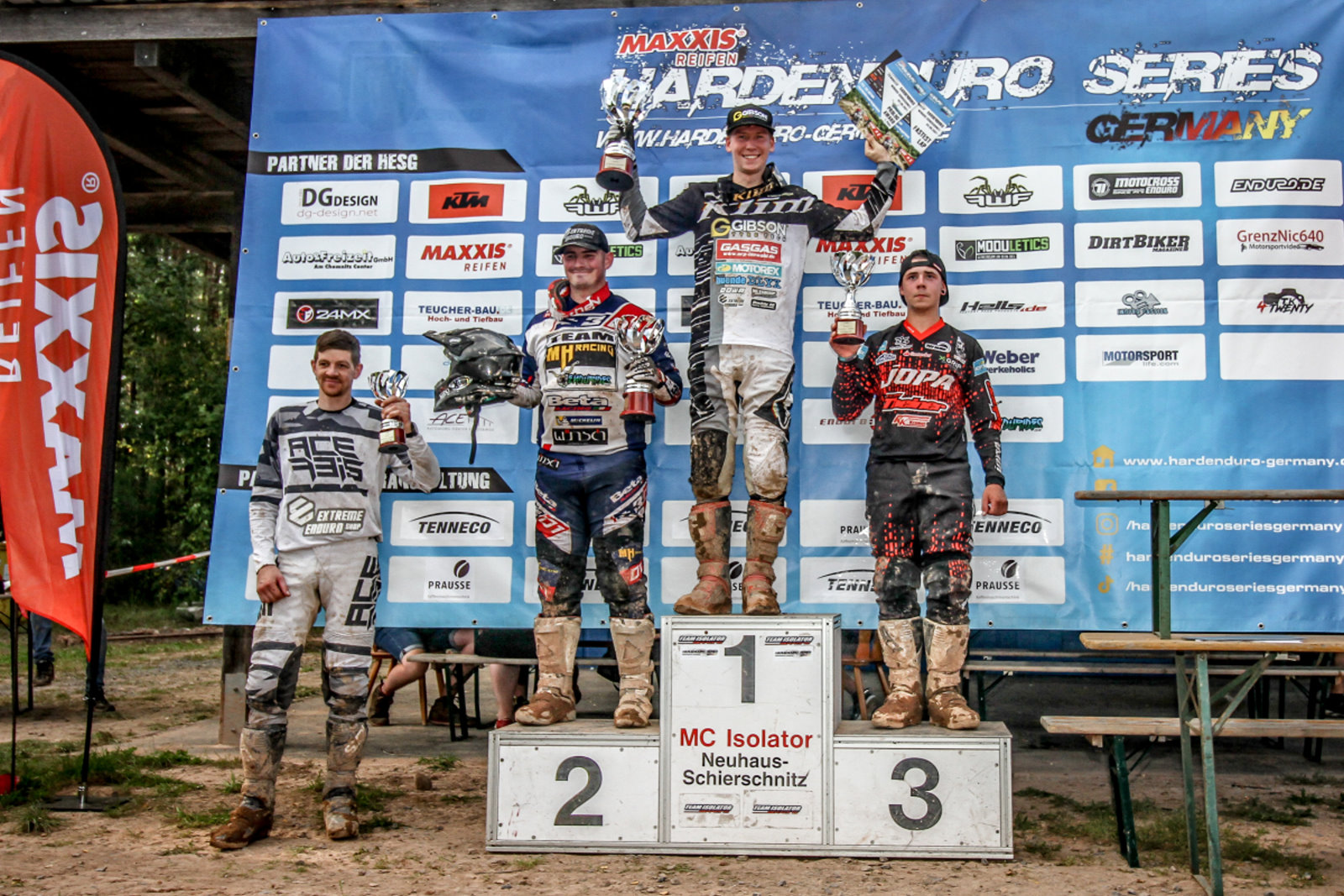