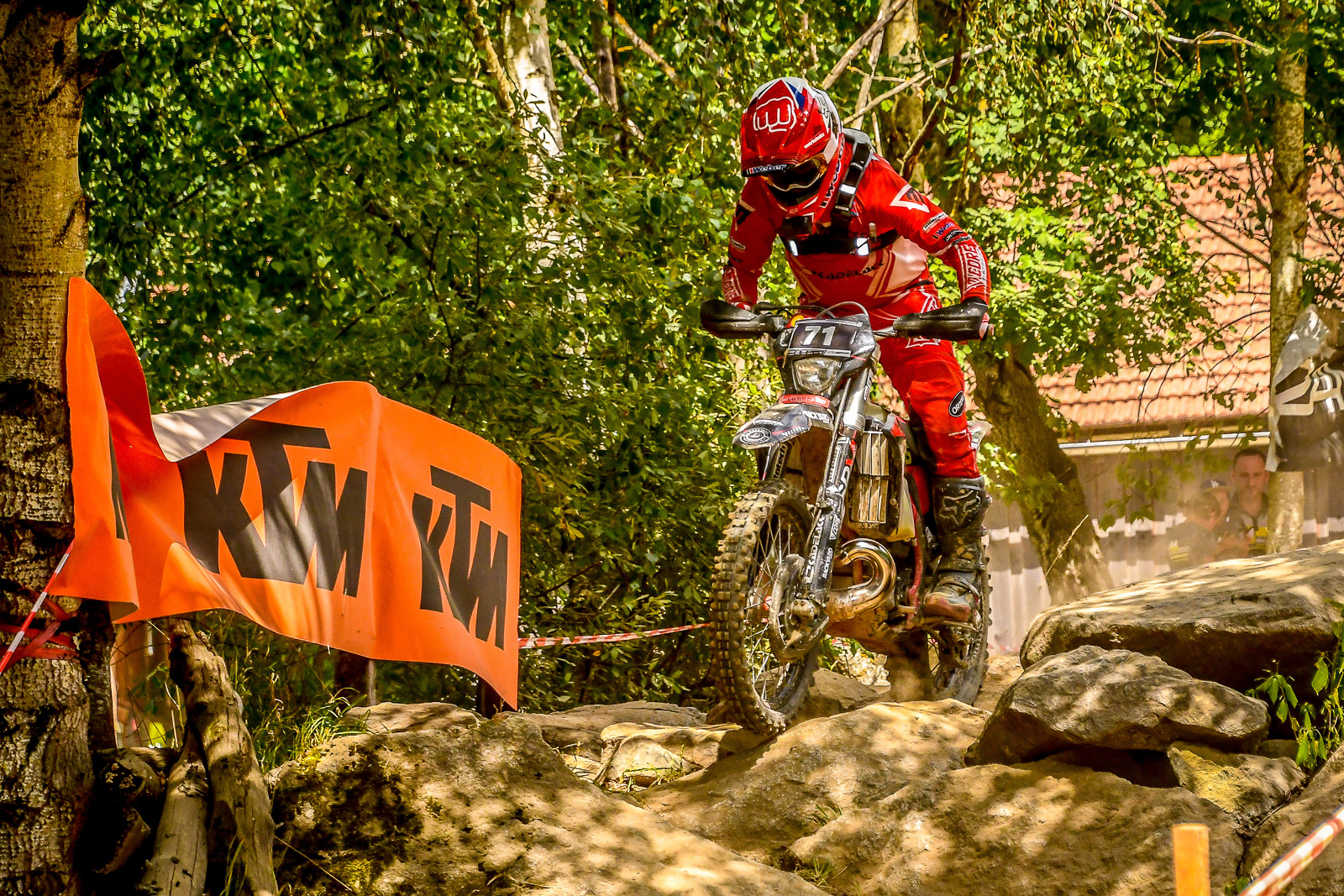 The DOWATEK HardEnduroSeries Germany visited the Enduropark Reisersberg, located in the heart of the Bavarian Forest, for the second time in its history. Unlike last year, the track was very dry, which made the track conditions very fast in some parts.

Due to illness, there were some cancellations before the event, which had a large increase in participants compared to last year. Last year's champion and runner-up in the current championship Leon Hentschel was absent, as was Louis Richter in the juniors and Dirk Peter in the seniors.

On the other hand, many riders from neighbouring Austria and Keanu Weber-Trianus from Namibia joined the field.

Early wake-up was the order of the day for the Gibson Tyres Prolog Award, due to official permits a lunch break has to be observed in Reisersberg. This shifted the schedule a bit, which meant that the Prolog Award had to start at 8.30 am already.

After 3 wins last year, Marc Wulf was able to take full points for the Prolog Award for the first time this season. Guest rider and runner-up from 2019 Robert Scharl almost came very close to the Thuringian. As almost the last competitor, he once again burned a fast time into the dirt of Reisersberg, despite a crash he only lost around 10 seconds to Wulf.

Sections in the forest provided action in the group races 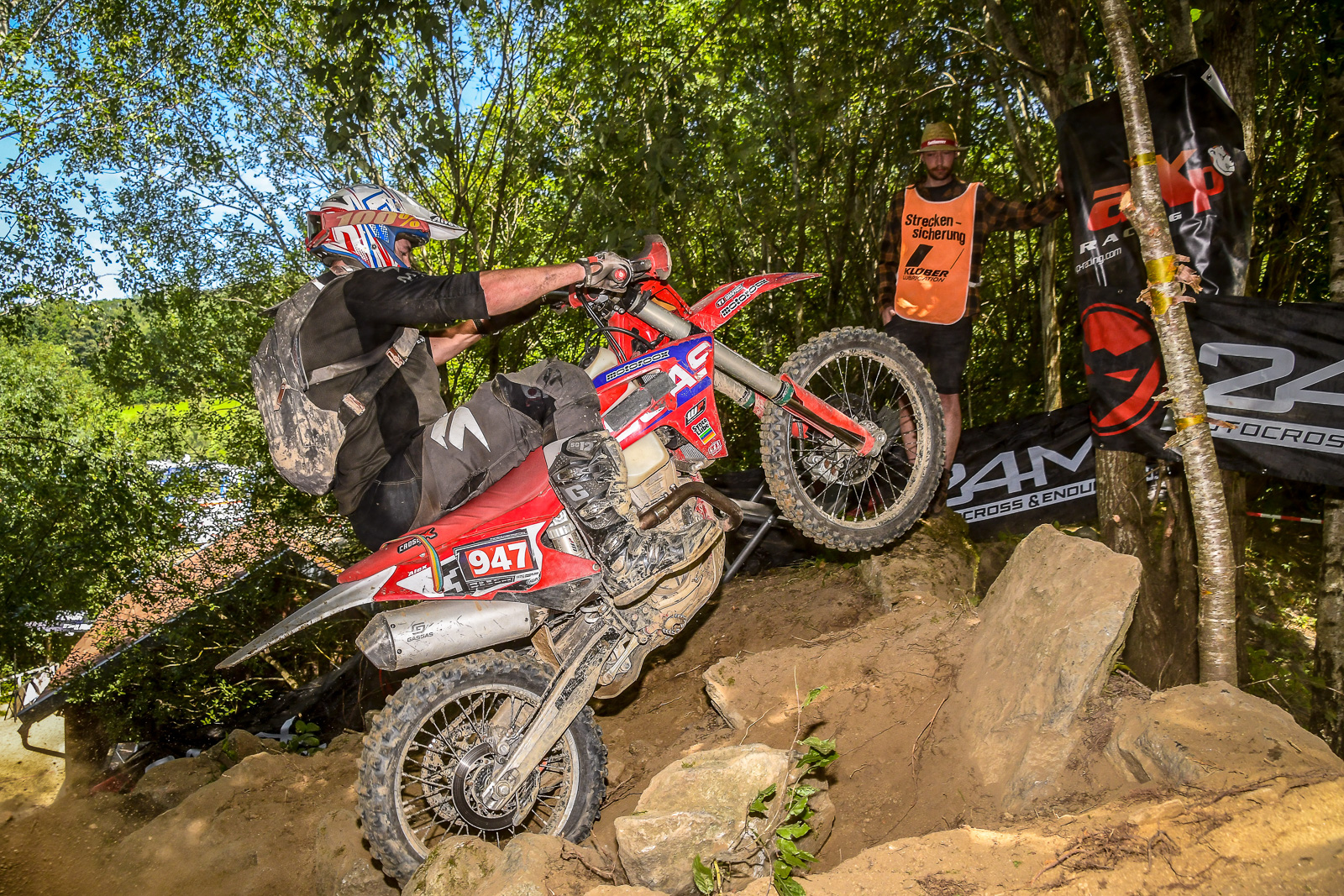 The group races were again the first assessment of the weekend. There it became clear that Robert Scharl is still a force to be reckoned with. After a long break from racing, he secured second place behind Kevin Gallas in the second group race.

The first race went clearly to Milan Schmüser in front of Marc Wulf. Both races showed that the guest riders from Austria can keep up with the German top riders, some of them placed among the top 10.

Drama in the final for Marc Wulf

The 60-minute final started shortly after 4 pm. Right at the beginning, a new highlight emerged. This was similar to the previous year, but caused difficulties for many. In addition, the MCC Reisersberg declared the most demanding sections as "No-Help". No easy task for the 60 riders who tackled the final.

The first prominent victim was Marc Wulf, whose goal was to keep the gap to Kevin Gallas and to profit from Leon Hentschel's non-start. But things turned out differently for him as he broke his clutch fitting directly in lap 1. After the repair he came back into the race with a lap deficit and in the end still managed 12th place, which now drops him down to 4th in the standings.

Kevin Gallas benefited from all and with his fourth win of the season he was able to extend his lead to 25 points 2 races before the end of the season. This means that he already has the opportunity to claim his second title of the series after 2018 in Meltewitz on 04.09.

Milan Schmüser is now second in the standings. With third place behind guest driver Robert Scharl, he was able to make up some ground and will now fight for the runner-up title with Hentschel and Wulf. 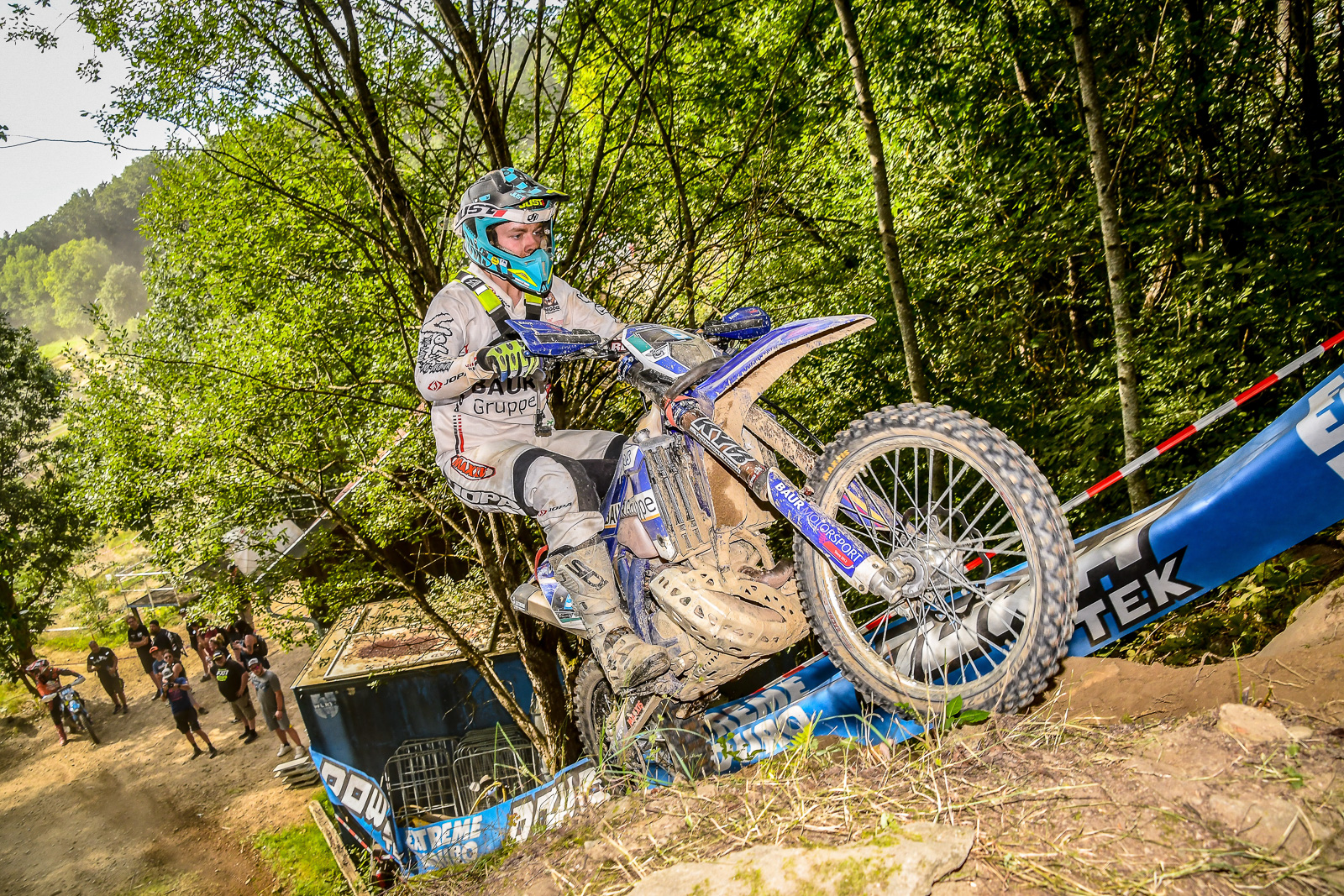 It was a full weekend for Rene Jerbach. The Estonian managed to take victory in a Superenduro in Estonia on Friday evening. Afterwards he got on the plane and was in Reisersberg in time for the second group race. With this travel hassle he secured the possibility to win the senior title in the end of the year after all. In Reisersberg, however, as in Gefrees and Crimmitschau, Rene Dietrich won, so he could keep the lead.

Milan Schmüser is still in charge of the juniors. Besides him, there were two guest riders on the podium this time. Eric Seifert only got the points for 4th place because of a defective fitting, but he still has a lead over his pursuers. They made up some ground, though, with Felix Bähker taking the points for 2nd place and Lenny Geretzky for 3rd.

The slightly faster course suited Etienne Ulbricht in the amateurs. He scored points for the first time, directly for first place. The new leader of the standings is now Sören Emich, who has never been able to win, but has been scoring points constantly, which he benefits from.

Maria Franke also won the women's race in Reisersberg. She is only 3 points short of her first title in this new classification before the final. The women take a break in Meltewitz. 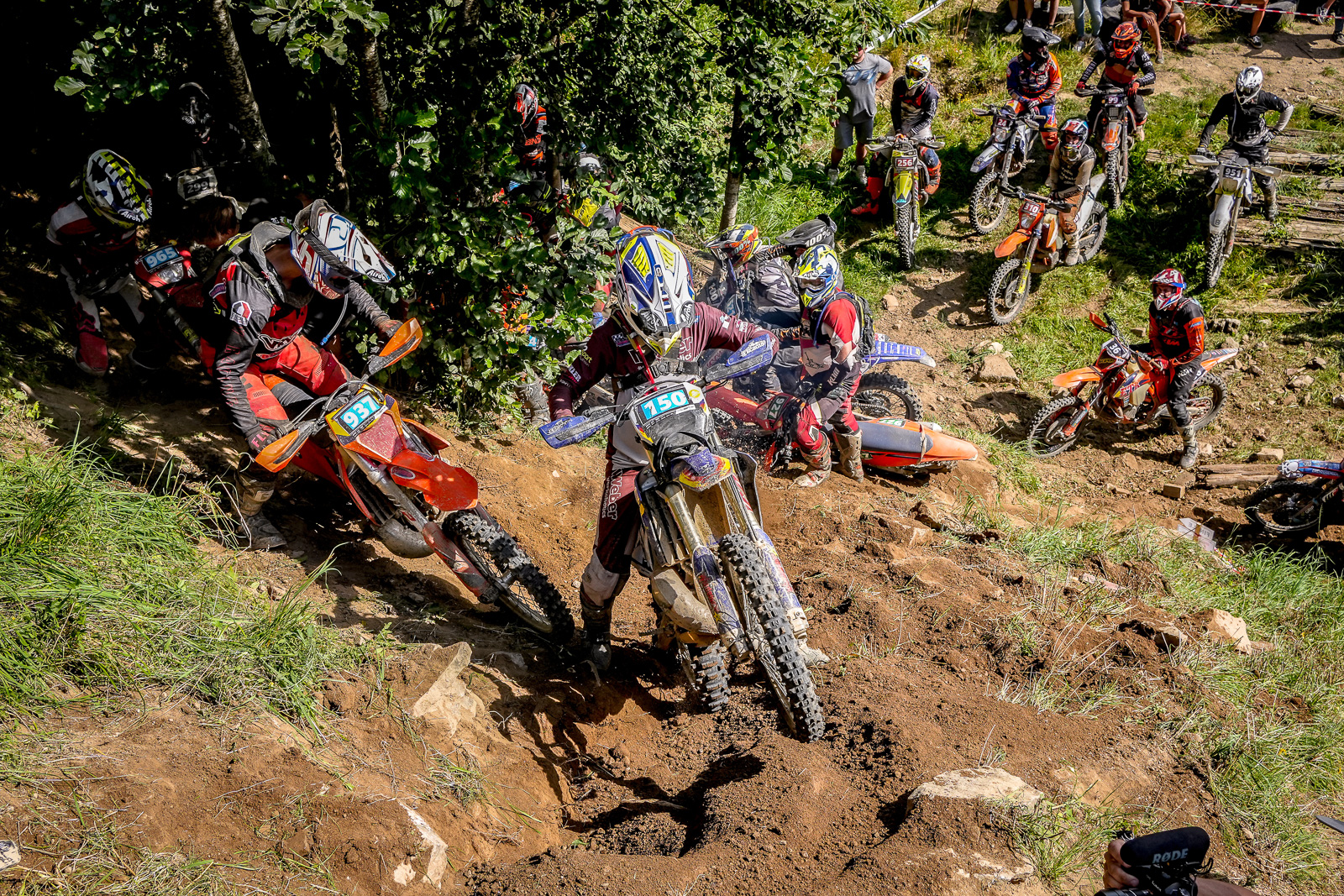