Skip to content
Marc Wulf gets his first victory in Meltewitz 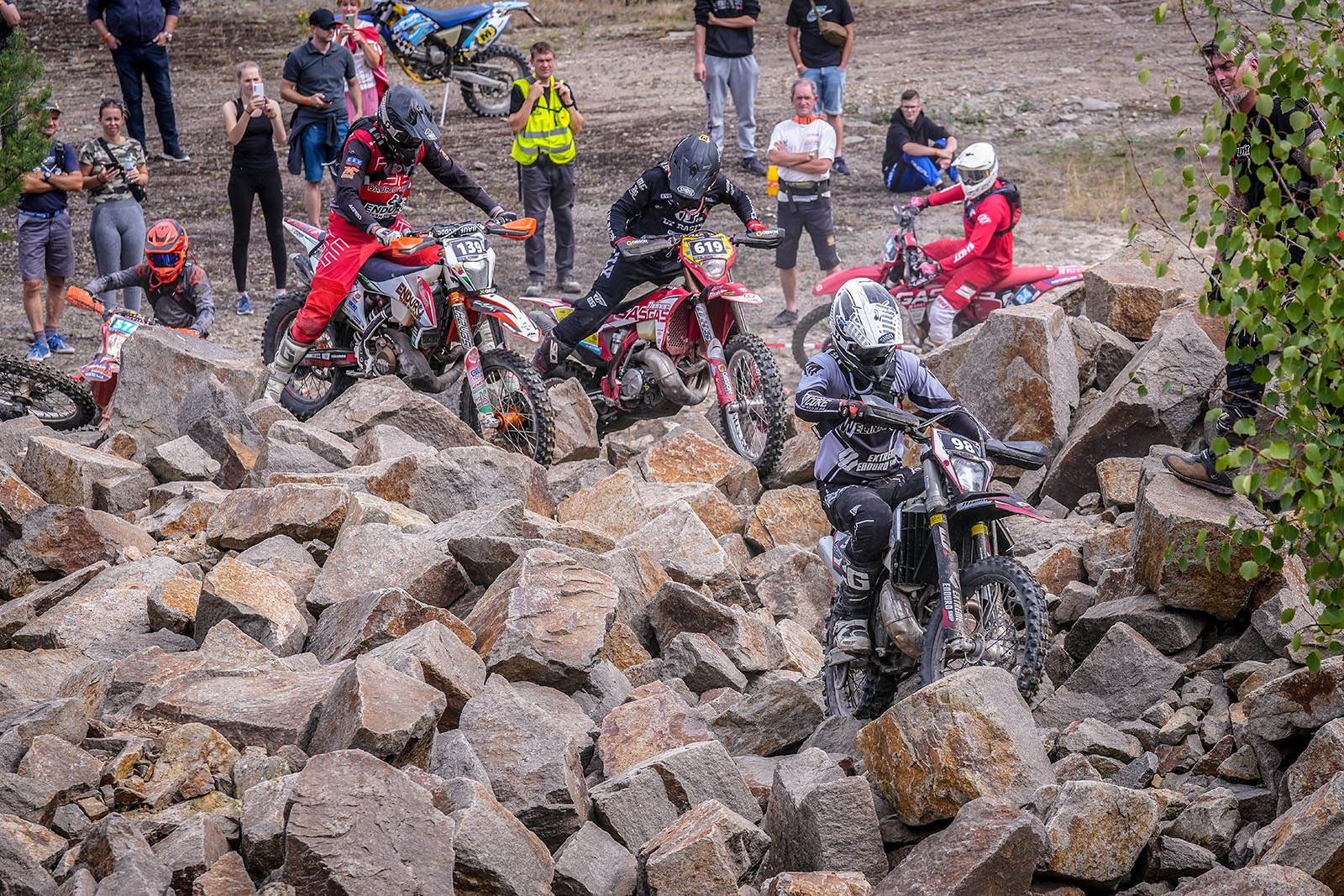 After the long summer break, the last half of the season started this weekend in Meltewitz. The SHC Meltewitz it has come up with some innovations for the 13th edition of the legendary race. There were many new sections that challenged the riders, unfortunately, there were also short traffic jams at narrow places, but the club reacted and provided with bypasses at neuralgic places but for a smooth race.

Also the 23rd race of the series presented itself again in summery warm temperatures.

In the short prologue in the morning it looked at first that Kevin Gallas can implement his plan of the early championship title. With a time of 1:09 minutes sat down the GasGas pilot at the top, it was certainly helpful to him that he went to the start for the first time with a four-stroke machine.

Second place went to Milan Schmüser ahead of Marc Wulf. In 4th place followed Norbert Zsigovits who started for the first time in the series. The Hungarian used his experience from the Superenduro perfectly. 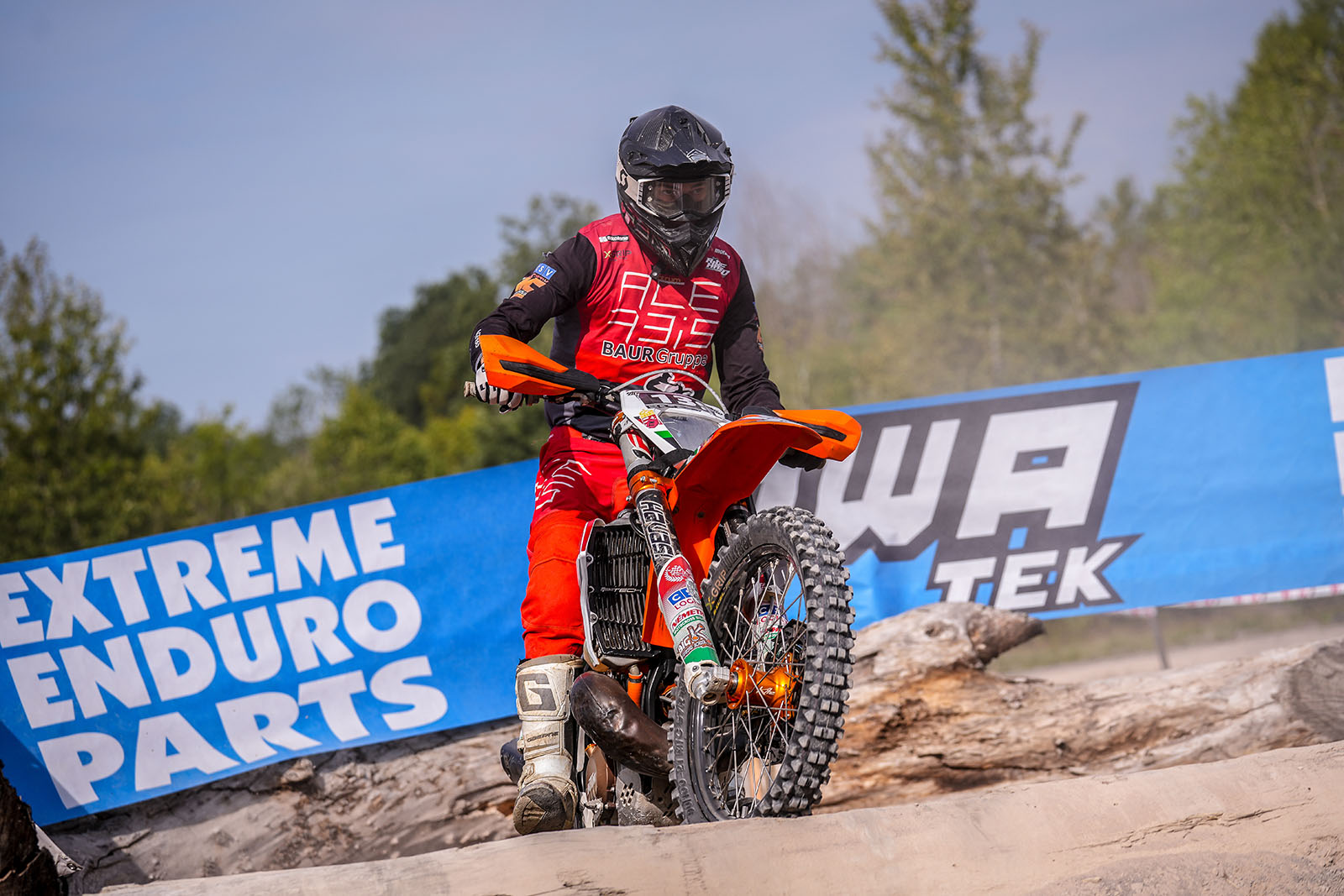 When the 133 riders were sent into the race at 12:15, no one was aware at first how exciting the 13th MelzExdrähm would be. Several times the lead changed, over the race distance of 3 hours. At first, youngster Milan Schmüser led the field, then after 90 minutes came the time of Kevin Gallas. He was in the lead and thus on his way to the championship title. But he had a hard time with the heavier four-stroke bike, so Marc Wulf caught up and was able to overtake the man from Baden-Württemberg. Wulf pulled away from Gallas all the way to the finish and was able to celebrate his first ever victory. The championship decision thus remains open, as Wulf was able to reduce the gap to 28 points with a total of 30 still to be awarded. For Gallas, who has won all the races so far this season, it was only enough for third place in the end, as Milan Schmüser was also able to pass him. 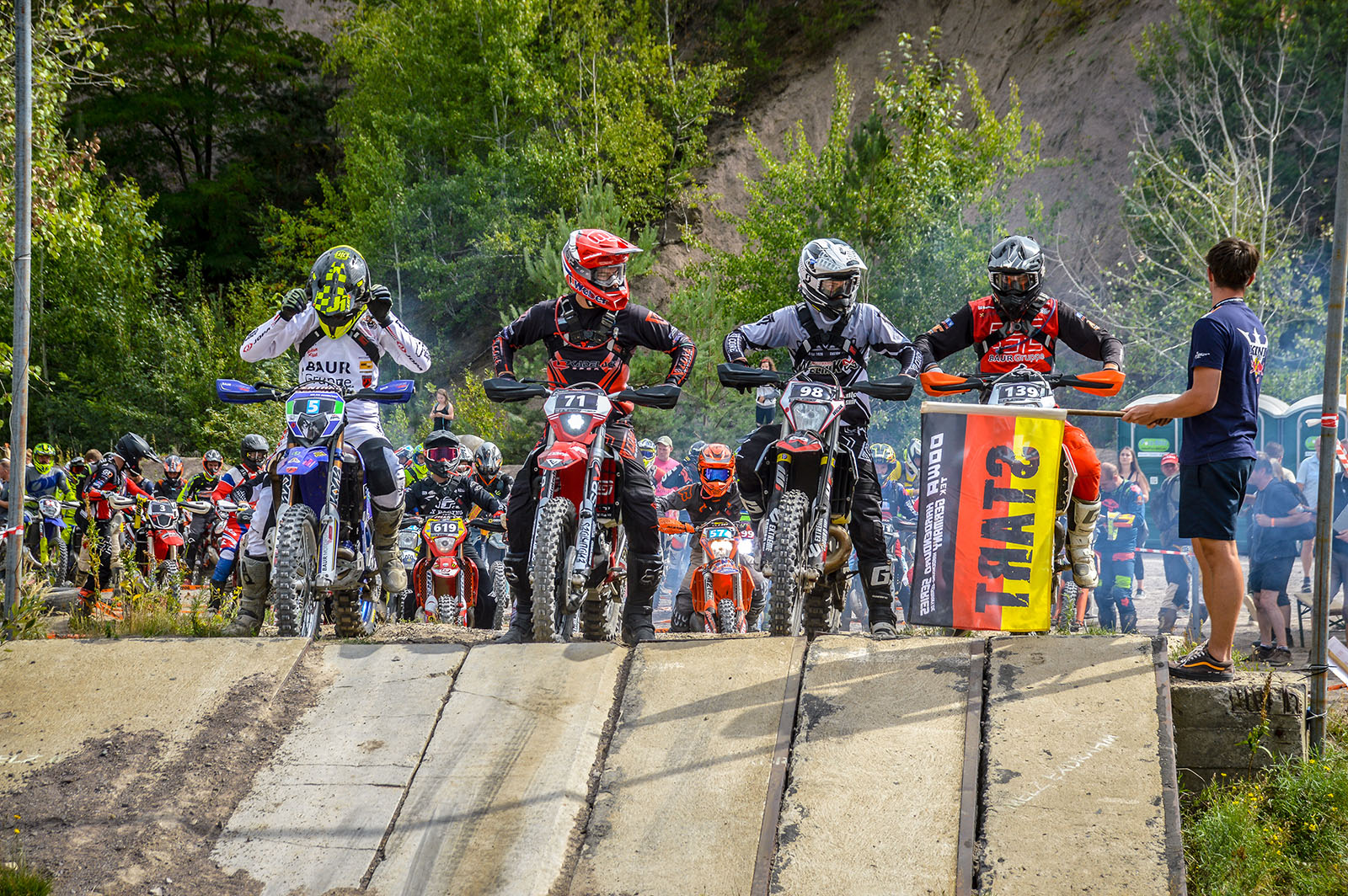 Nevertheless, Kevin Gallas was able to secure a title. Second place in the Pro classification was enough for him to win the Pro class early. The same managed Milan Schmüser in the Juniors, he is also in Reetz no longer catchable, because his direct pursuer Eric Seifert could only achieve a sixth place in Meltewitz.

Further open are the classifications with the seniors, where also in Meltewitz again Rene Dietrich could win. This despite a start crash with his direct competitor Rene Jerbach.

In the amateurs Andreas Igl won ahead of Sören Emich. Emich was able to extend his lead in the standings.

The final in Reetz is already in preparation, the track is already extensively prepared and also changed to last year. The online entry for the race on 01.10. is possible here: www.hardenduro-germany.de/onlinenennung-3-reetzer-hardenduro-01-10-2022 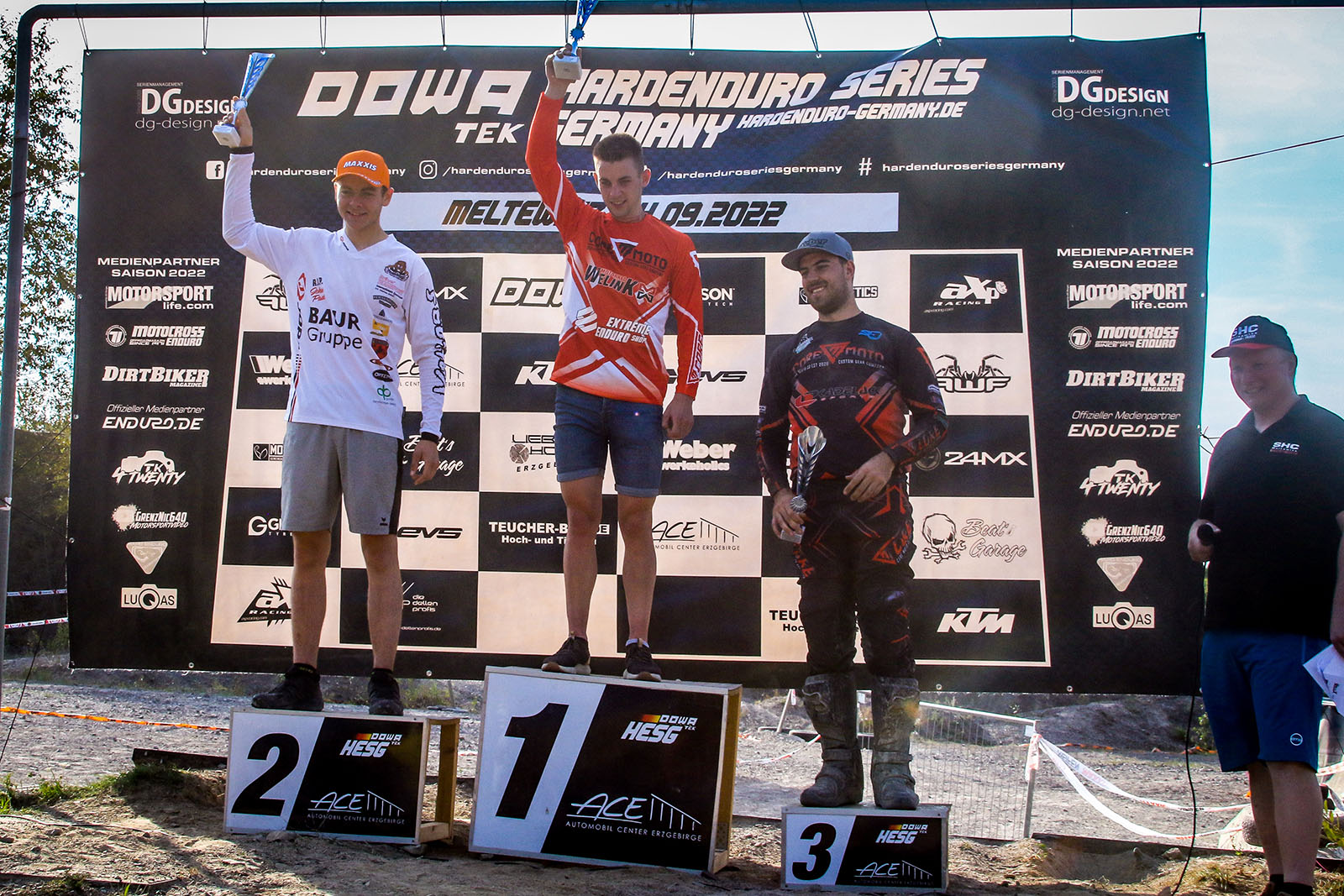