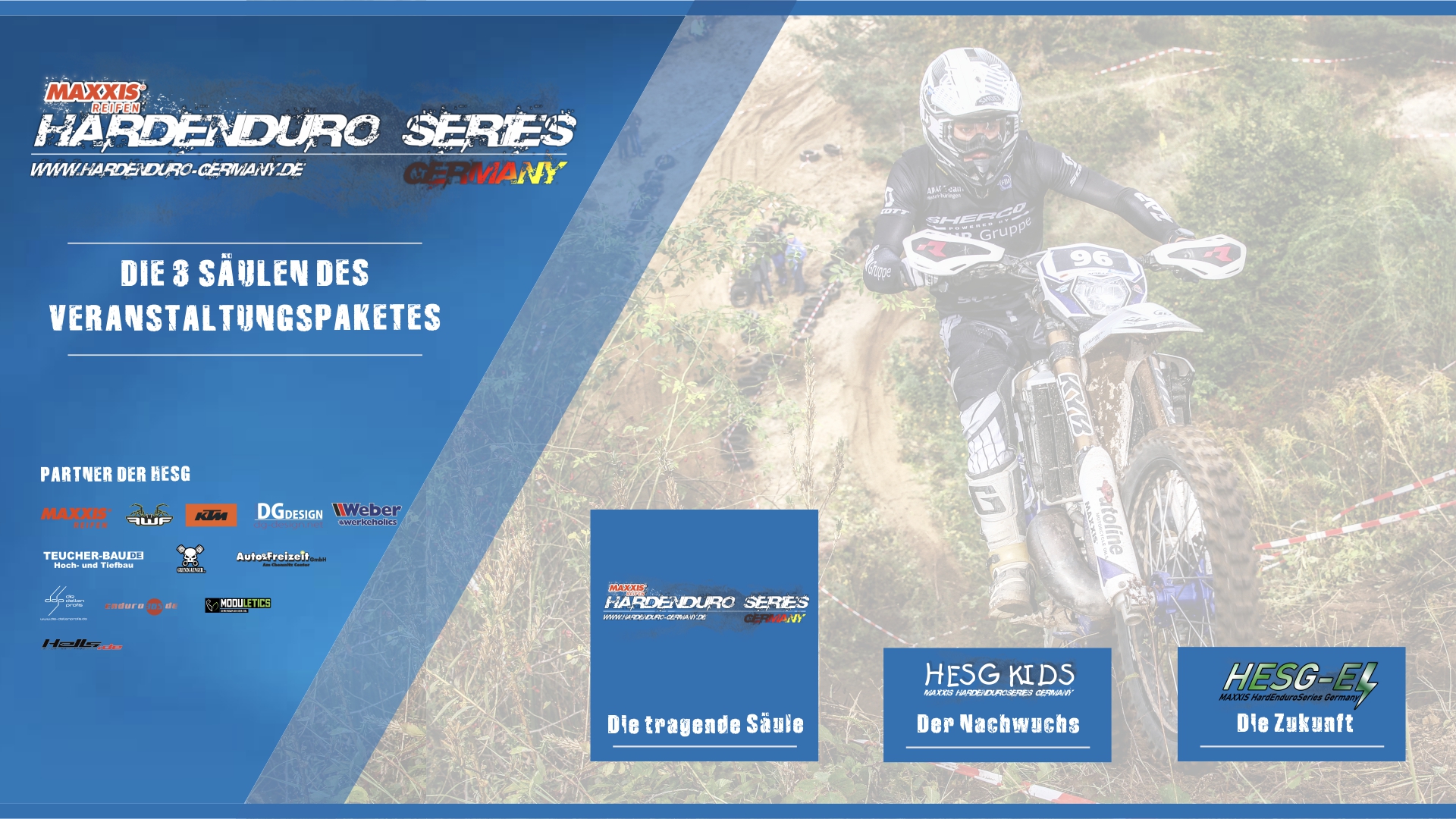 The MAXXIS HardEnduroSeries Germany will launch the 2021 season with three elements. The programme will be upgraded with a Kids Race and an electric motorcycle class integrated into the group races.

HESG Kids - The class for the racers of the future

After a number of kids' races have already been held as part of the supporting programme in previous years, this is now being upgraded to an independent HESG Kids' Championship. In some races, children in the 50cc and 65cc classes start in short heats. This is also possible with e-power, the children will then be sorted into the respective classes according to their age. At the end of the year there will be a championship ceremony for the children. The races in which there will be kids' classes will be decided in January. Registration will start on 01.01.21.

The series organisers around Denis Günther have been thinking about this new project for a few weeks now: "Our aim is to enable young riders to progress from the kids' classes to the real championship in the form of a staircase. We have already given young riders the opportunity to compete in the HESG on 85cc bikes. The path should then be all the easier to move up from the 50cc class to the 65cc and then aim for the junior class of the MAXXIS HardEnduroSeries Germany. An example of how this could work has already been shown by Milan Stahl, who started with 85cc in his first year, but is now already racing with more cubic capacity."

Everyone is currently talking about e-mobility, which has already become a reality in the automotive sector, but is still a little behind in the motorbike sector. Nevertheless, there have been some attempts to establish the new drive technologies in the enduro sector in recent years. Alta Motors also tried it at the Erzberg a few years ago, which attracted international attention. Series partner KTM has established an electric bike on the market with the Freeride-E for years. The HESG organisation will therefore announce a new class from 2021. The HESG-E will compete as part of a few rounds, integrated into the group races of the championship.
"We want to go with the future and offer this new class. Our runs with group races are ideal for this, as the level of difficulty allows this and the distances are also ideal for the electric motor. We know that we can't expect a large number of participants in the first year, but this should be an incentive for the future and maybe we can even offer our own races for this class," says Denis Günther, describing the idea behind this new type of motorsport.
From 01.01.2021, registration for the HESG-E will take place on the series website, which will then be redesigned.

After the 2020 season was cancelled after only one race due to Corona, it is hoped to be able to offer a full calendar again in 2021. The 6 dates will be published shortly after the turn of the year, in the hope that the infection situation will allow a more positive prognosis by then.
New registrations will be accepted at any time at www.hardenduro-germany.de.
Further information on the Maxxis HardEnduroSeries Germany is available at any time at www.hardenduro-germany.de.