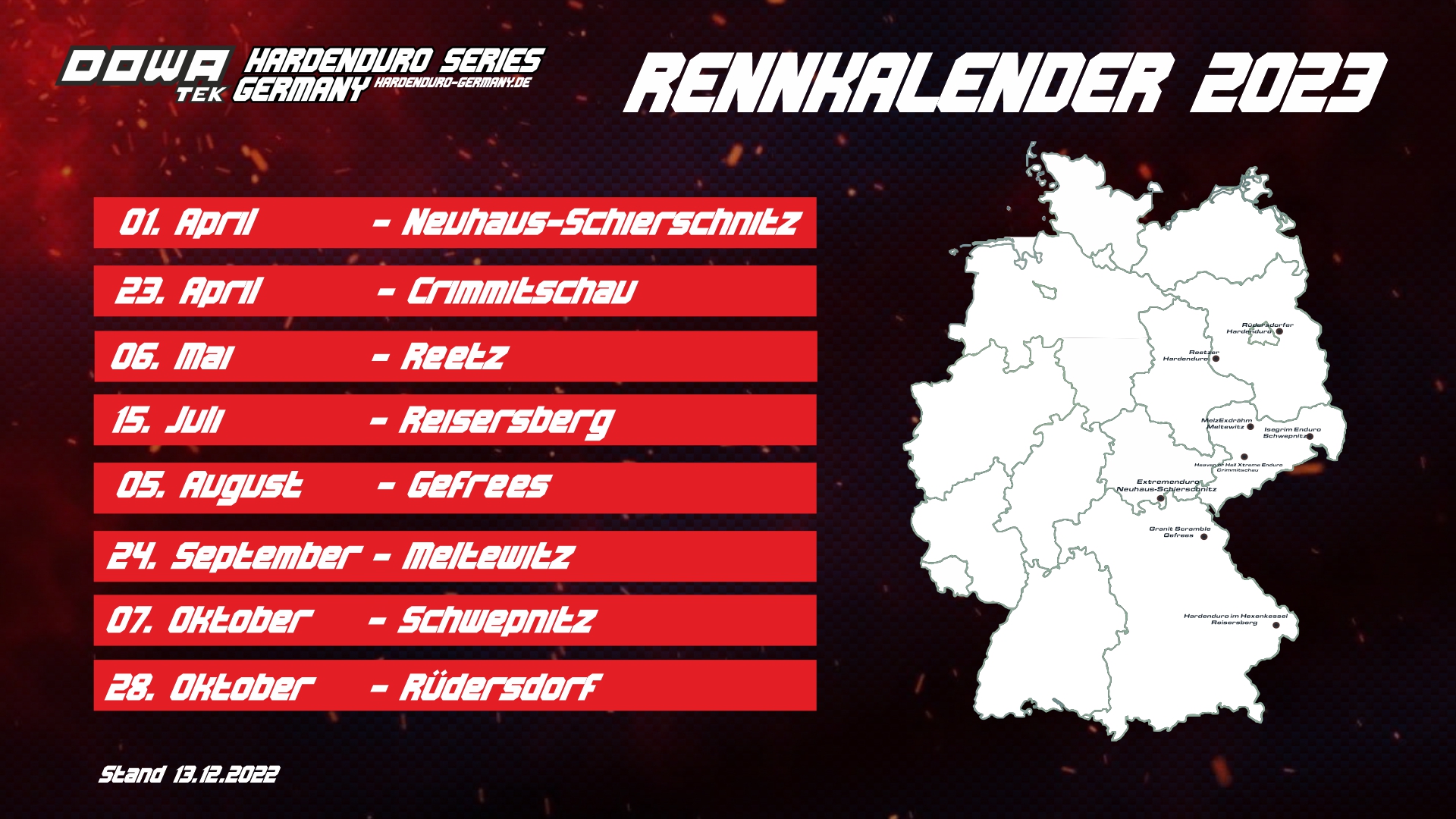 Meanwhile, 10 weeks have passed since the final of the 2022 season in Reetz. At that time, a first draft of the calendar for the 2023 season was already presented.

Since then, however, the series organisation and the clubs have been working hard to present an expanded calendar for the sixth season of the series.

The result is now 8 rounds for the first time, with a special surprise in store for the finale. For the first time, MC Woltersdorf will host a round of the series, which will take place as the finale on 28 October 2023. The terrain in Rüdersdorf may already be familiar to many from the Enduro Championship, but it also offers some spectacular sections for the Hardenduro, which will then be tackled in the classic HESG mode (prologue, group race, final).

Denis Günther from the series organisation is particularly happy about this new date: "From the very beginning of the HardEnduroSeries Germany project, we set ourselves the goal of presenting a varied calendar every year. So we were very happy when MC Woltersdorf got in touch with us and expressed interest in hosting the event. After a few phone calls we got the confirmation this week. So we can hold the final on the city border of the German capital Berlin."

There are still 15 weeks until the season starts in Neuhaus-Schierschnitz. The season starts on 01.04.23 with the Champion Hardenduro Challenge, which will be an anniversary, as it will be the 25th race of the HESG.

The next race will be in Crimmitschau, a town in West Saxony that usually attracts the largest field of riders of the season. Will this be the case again on 23 April? The race in Reetz, where the third race of the season will take place on 06.05., will also be held in the spring for the first time.

After the spring break, the season continues with the summer race in Reisersberg on 15.07. in Bavaria. The second race in Bavaria follows directly on 05.08.23 in Gefrees.

Before the last 3 races of the season take place, the riders can relax a little. In the last block of the season, 2 more races in Saxony will follow with Meltewitz 24.09, Schwepnitz 07.10.

As already mentioned, the new finale will take place on 28.10. at MC Woltersdorf in Rüdersdorf.

Thus, for the first time, the calendar of the series includes 8 races, which are, however, spread over a total of 7 months and thus also include enough free weekends.

The latest information on the Dowatek HardEnduroSeries Germany can always be found at www.hardenduro-germany.de and on the social media channels. 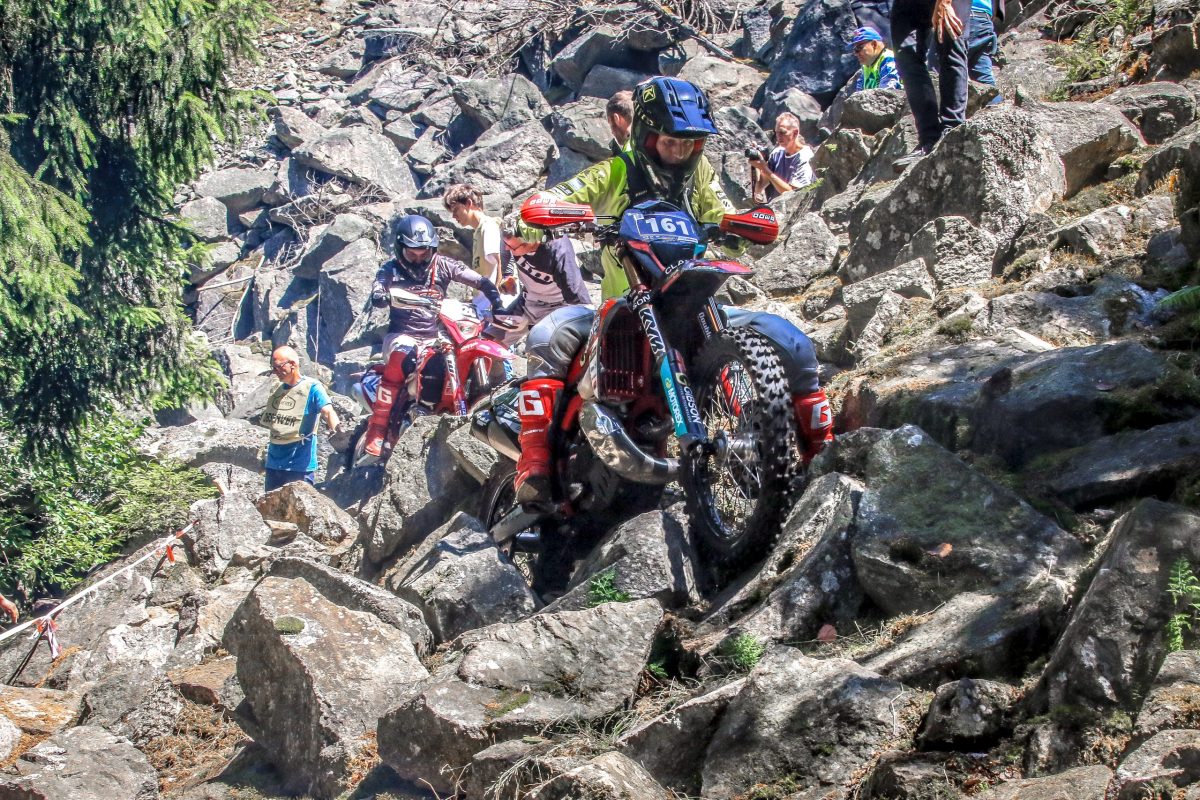