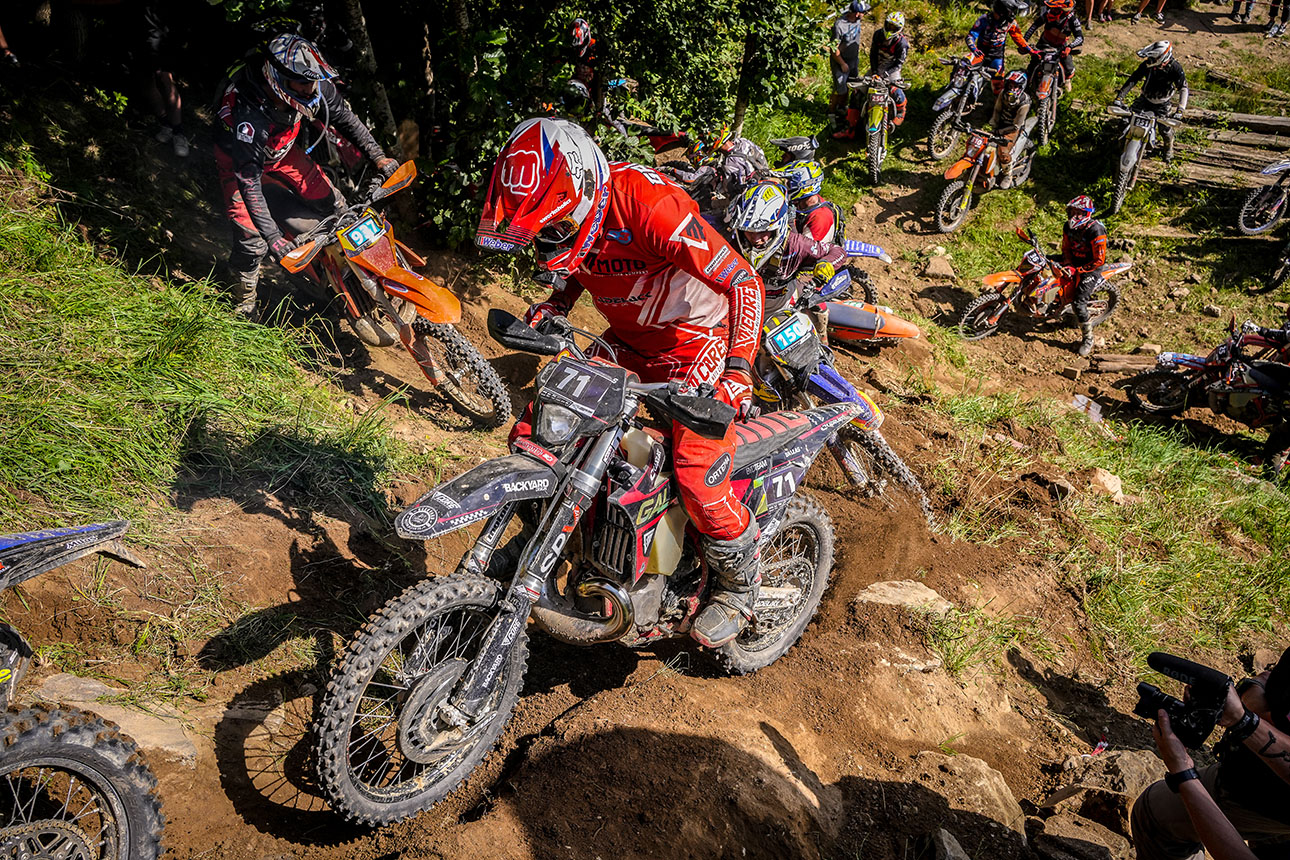 The previous year's champion of the amateurs, Sören Emich, will now move up to the PRO category and aims to reach some top-10 placements according to his own words. Among the amateurs, who currently have more than 60 registrations and therefore make up the majority of the drivers, there will definitely be a new champion.

A prominent newcomer is also Markus Ludwig, a former top riders in the Enduro-DM and winner of the ECHT Endurocup in the sports riders class last year.

Series manager Denis Günther also has a generally positive conclusion after the first few days: 'With 150 registrations from Germany and neighboring countries, we are on track. Although there are slightly fewer registrations than at the same time last year, we are still very satisfied due to the current crises in the world and the increased costs. There is still a lot of interest, so we will definitely reach the driver numbers of the last few years.'

There are now even more registrations for the HESG Kids than in previous years. The registration fees of 15 euros are still kept low for the promotion of young talent, especially with the now doubled driving time in the 50 and 65 cc class.

Registrations are possible in all classes via the following link: www.hardenduro-germany.de/registration-2023/.

Those who want to secure a special start number should hurry. The current registration list is always available at the following link: www.hardenduro-germany.de/wp-content/uploads/2023/01/Einschreibeliste.pdf.

Sportity App continues to be the Virtual Infoboard

In 2020, due to Covid-19 guidelines, the HESG introduced the virtual info board in the Sportity app. This system has now been established and is used not only in the series but also worldwide in motorsports, such as the rally world championship.

The app is available for free in the Google Playstore (for Android) and AppStore (for Apple devices). After installation, you can enter the password AC111kfH to receive all important information directly on your smartphone.

During the season, which starts on April 1 in Neuhaus-Schierschnitz, you will receive all important information no matter where you are in the riders Paddock or on the track.

Up-to-date information on the DOWATEK HardEnduroSeries Germany can always be found at www.hardenduro-germany.de and on social media.