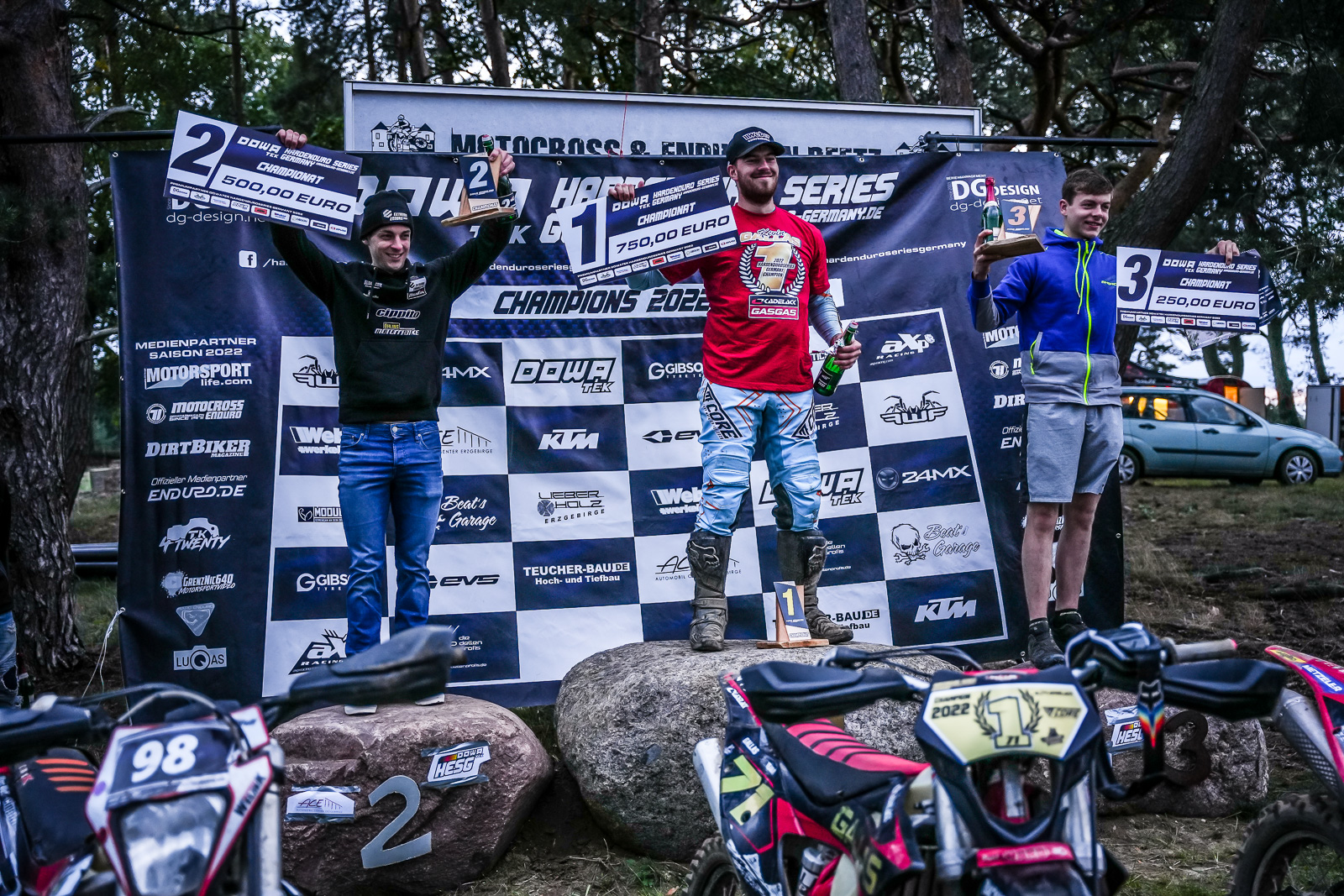 The 2022 season ended with an exciting race day in Reetz. The race in Brandenburg also set a new record for riders. In contrast to last season, there were significantly more riders at the start, so that 62 riders took up the Gibson Tyres Prolog Award. Another new feature was that it rained for the first time in history at a round of the DOWATEK HardEnduroSeries Germany. In the afternoon finale, however, the weather showed its best side again. This was also necessary because the club in Reetz, under the new management of Ronny Herbke, had come up with a number of ideas to make the course more demanding.

The group races were characterised by close battles. Just in time for the start of the first group race, it began to rain. This was no easy task for the riders, as the obstacles turned into energy-sapping challenges. Gallas continued where he had left off in the prologue and also won the group race ahead of his long-term rival Marc Wulf. The most exciting fights for position were between Rico Petzold, Einar Meyer and Eric Seifert. Petzold finally prevailed and stayed ahead of his two rivals in fourth place, behind Louis Richter who took third place.

The second group race was hard to beat in terms of excitement. Over the race distance, a three-way battle for the win formed between Paul-Erik Huster, Lenny Geretzky and Felix Bähker. Each of these 3 youngsters led the group race once, after 90 minutes only 6 seconds separated these 3 pilots. Geretzky finally prevailed, which allowed him to start the final from row 1 for the first time. The 85cc HESG Kids also took part in the group races, where Raven Lippold once again came out on top, thus consolidating his lead in the standings. his lead in the standings. He is now the first HESG Kids Champion in the 85cc class ahead of Noah Rübesamen.

An exhibition run for Gallas in the final 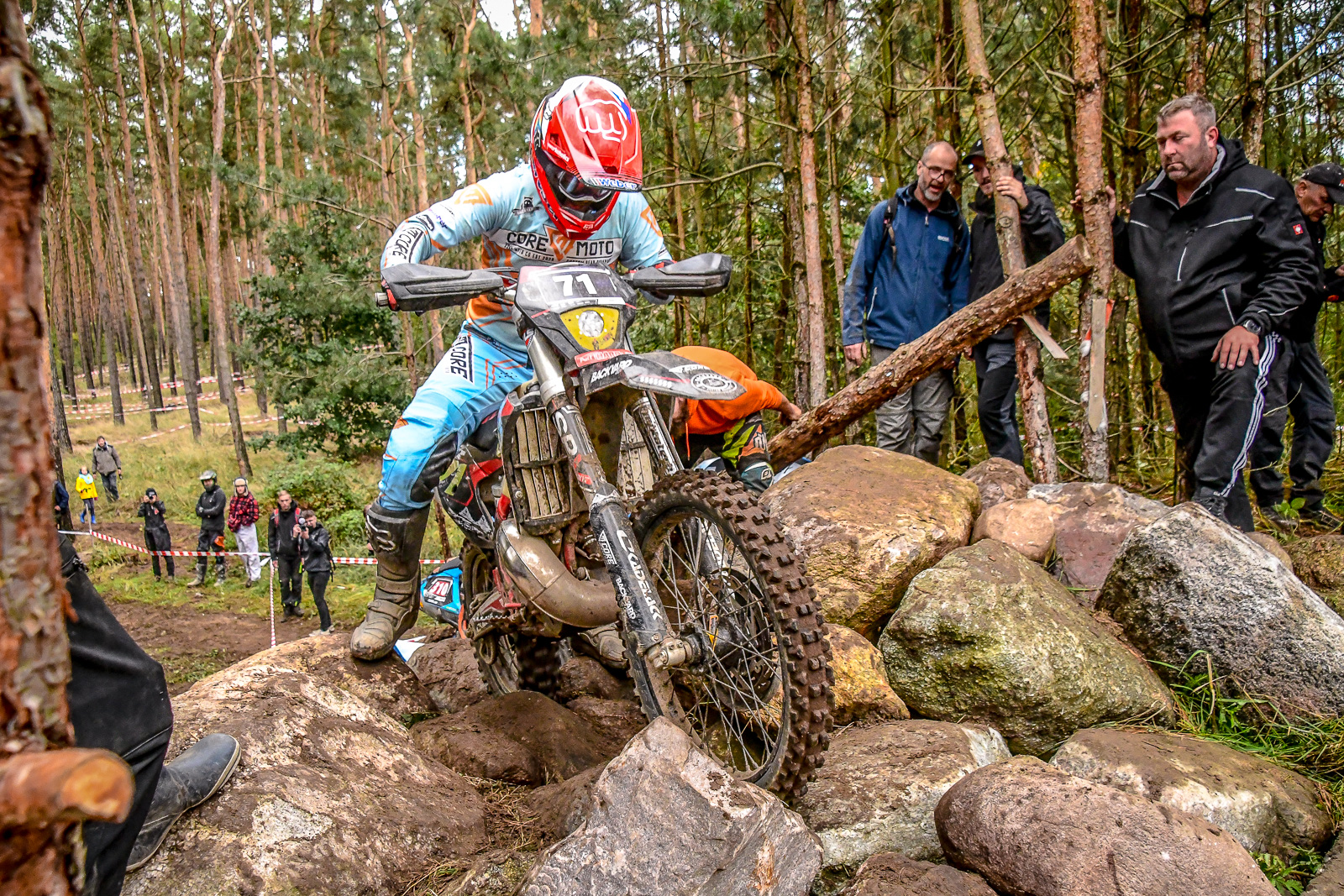 Kevin Gallas was able to ride calmly in the difficult final, with all possible titles he took it easy at first. In lap 2, Marc Wulf even led for a short time. But Gallas then turned up the heat and was able to prevail on the track, which had meanwhile dried out again in many places. He is now the third winner in Reetz after Apolle and Hentschel.

At the finish all the helpers of the Kadelack team were waiting for Gallas, some of them had even come from the DEM race in Burg to congratulate him on the day's victory and the championship title. After his championship title in 2018 and this year's, the GasGas rider now draws level with Leon Hentschel, who also celebrated two championship titles. Sören Emich (amateurs) and Rene Dietrich (seniors) were also delighted with their class titles. Emich also finished second behind Nico Hapke. 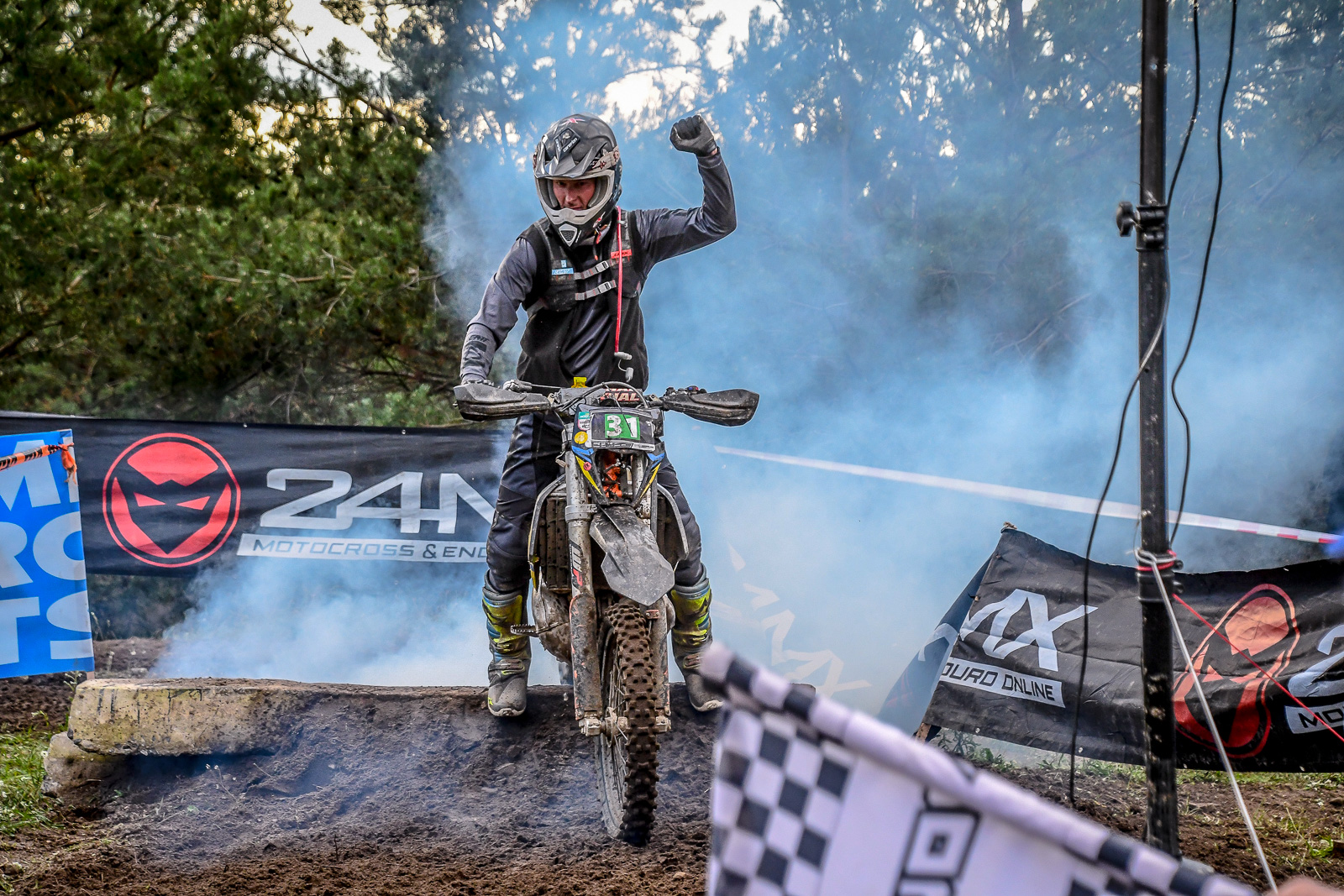 Rene Dietrich with the  Senior Win

It was a closer race in the juniors. Milan Schmüser had already been crowned champion, which is why he was not at the start, but kept his chances alive in the German Enduro Championship with a victory in Burg. However, he had travelled all the way from Burg for the championship ceremony and was eager to see who would climb onto the podium next to him.

In any case, Lenny Geretzky had a good chance. The Zweirad Sturm rider took the lead at first and controlled the race. Louis Richter, however, came closer and was able to pass him at the halfway point of the race. For Geretzky, however, this was also bitter for the overall standings, because Richter now did everything he could to push the young Thuringian off the podium. Richter won his last race in the junior class, as he will have to move up to the PRO class next year due to his age. 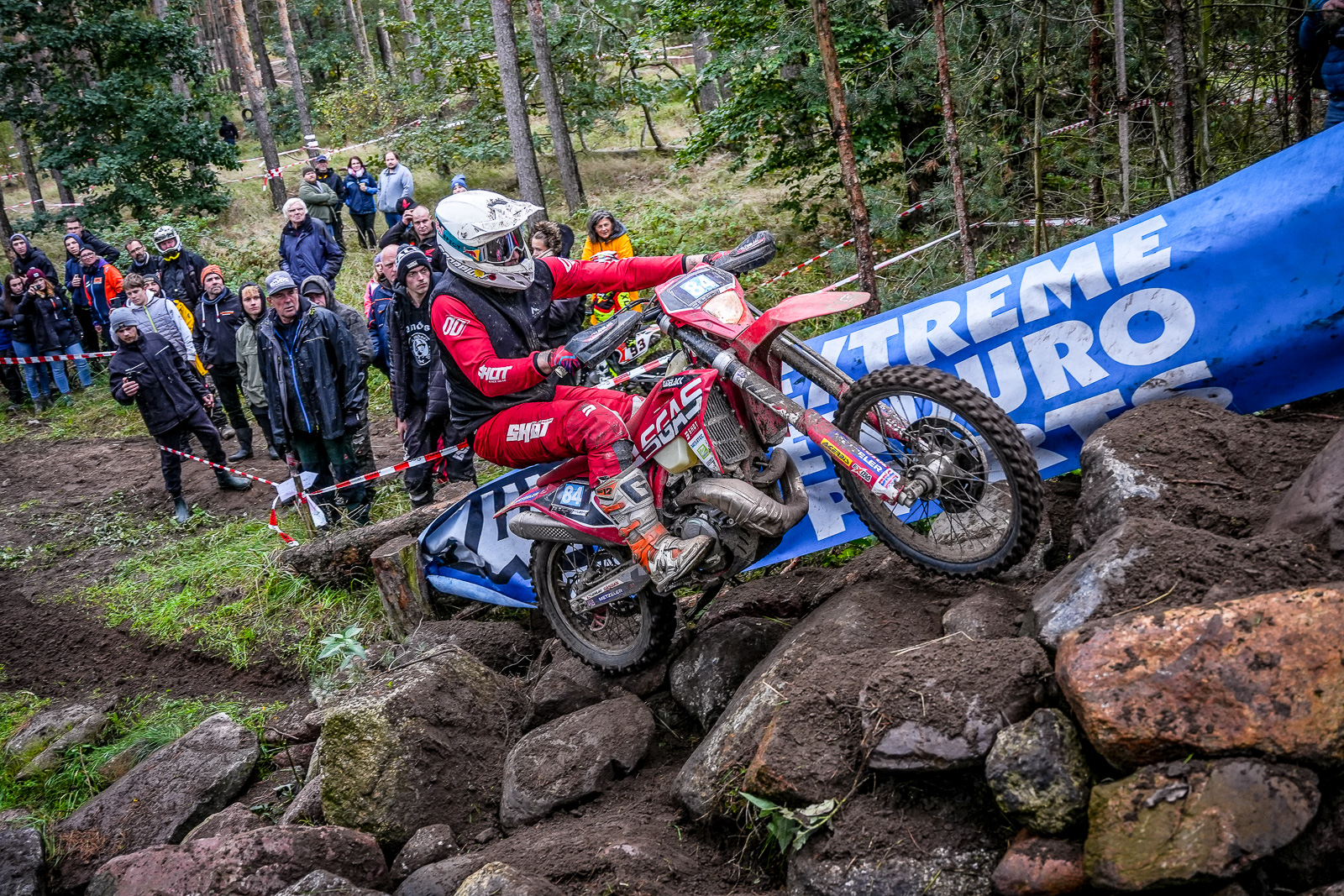 In the overall standings he overtook Geretzky and came third. Eric Seifert finished 4th behind Felix Bähker, and with a well-considered driving style he also managed to win the runner-up title behind Milan Schmüser.

The championship ceremony marked the end of an exciting 2022 season for the DOWATEK HardEnduroSeries Germany. The new season continues in March or April 2023 with the Champion Extremenduro Neuhaus-Schierschnitz. It will certainly be just as spectacular as the past season.