Gallas masters the stones best - victory in the Granite Scramble 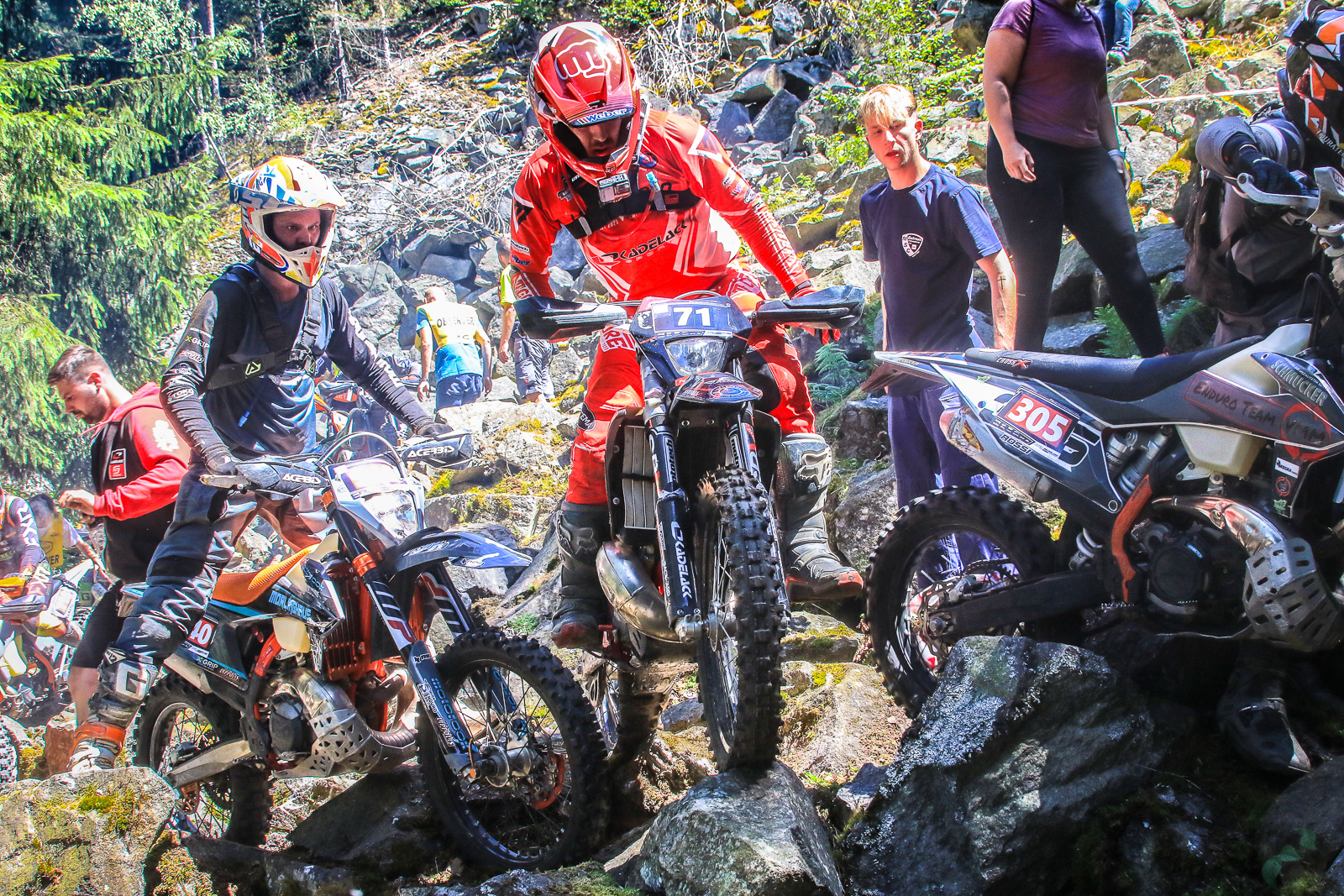 For the first time, MSC Gefrees organised a round of the DOWATEK HardEnduroSeries Germany. After 10 months of preparations, all participants, fans and riders were excited about what to expect in the Fichtelgebirge. It was clear to many that it was going to be difficult, as the club is known for its excellent runs to the Trial World Championships.

At the same time, it was decided to hold a race over a period of 4 hours including checkpoints. This is a premiere in Germany and the first time this has ever been done. The feedback from riders, organisers and fans was overwhelmingly positive. 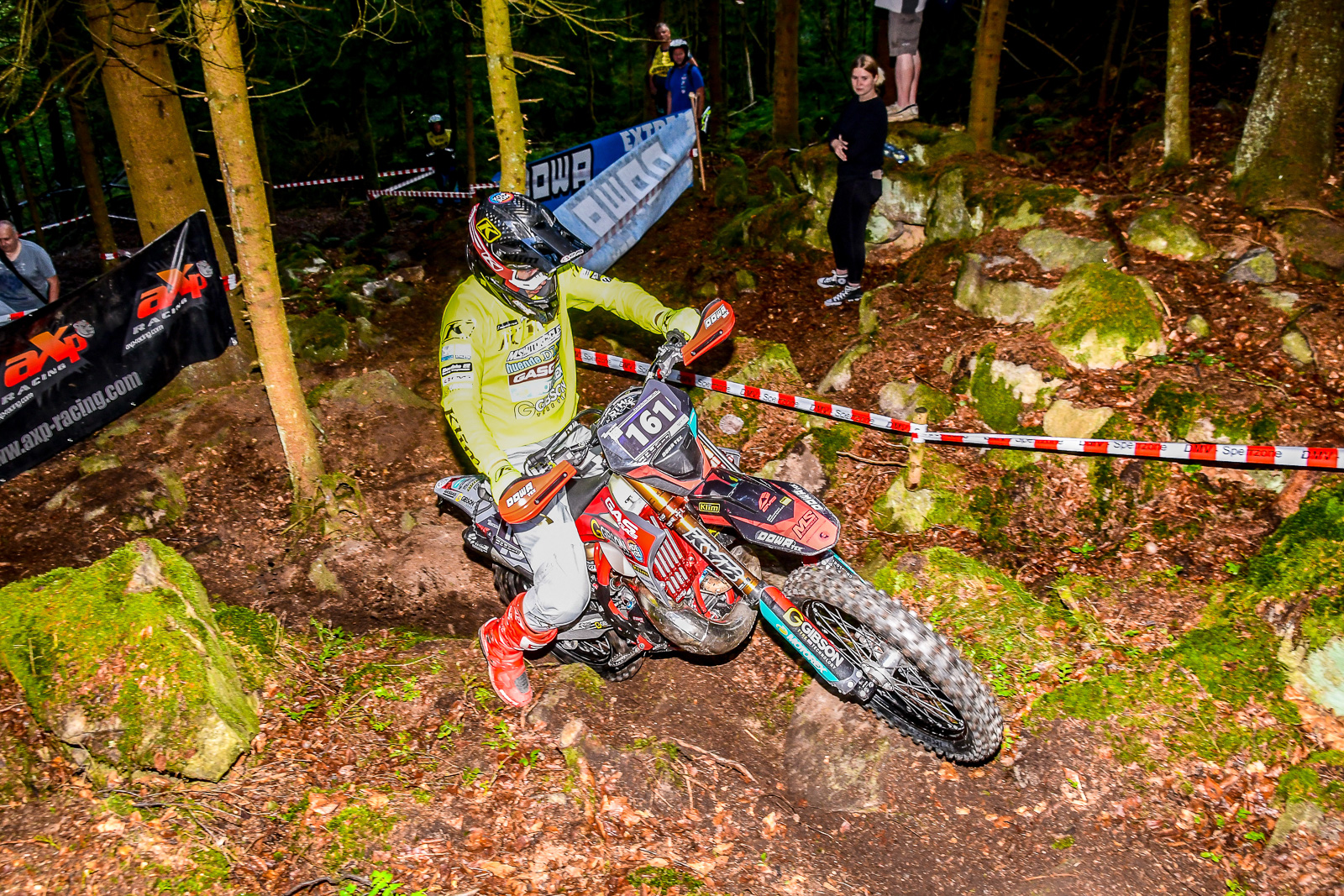 Hentschel a powerful force in the Gibson Tyres Prologue Award

In the Gibson Tyres Prolog Award Leon Hentschel is a power this season. In Gefrees, too, he was the first rider to show a new breathtaking best time, where no one else came close. He was able to gain more than 13 seconds on Kevin Gallas, who finished third. On a positive note, Max Faude finished fifth. After a long injury break, he came back in Gefrees and was able to move up a long way from a rear starting position, despite the track being worn out.

Stone fields caused beads of sweat even for the top riders

In groups of four, each one minute apart, the riders started the race at 1 pm exactly. The race was scheduled for 5 laps, which had to be completed in 4 hours. In the run-up to the race, there was some speculation as to how many riders would be able to complete the course, which was extremely difficult. When the leaders, once again led by Kevin Gallas, arrived at the start-finish area after only 20 minutes, everyone was astonished. Some wondered if the lap was too short. But lap 2 brought about a change, as the front runners caught up with the amateurs who had started later, the lap time was extended as well as the demands on the top riders. Using alternative lanes, the top 5 nevertheless fought their way past with ease. Gallas controlled the gap until the finish and was the first to see the chequered flag after 2 hours. Behind him, as in the last races, was last year's champion Leon Hentschel. All-rounder Milan Schmüser made it to 3rd place as the best junior. 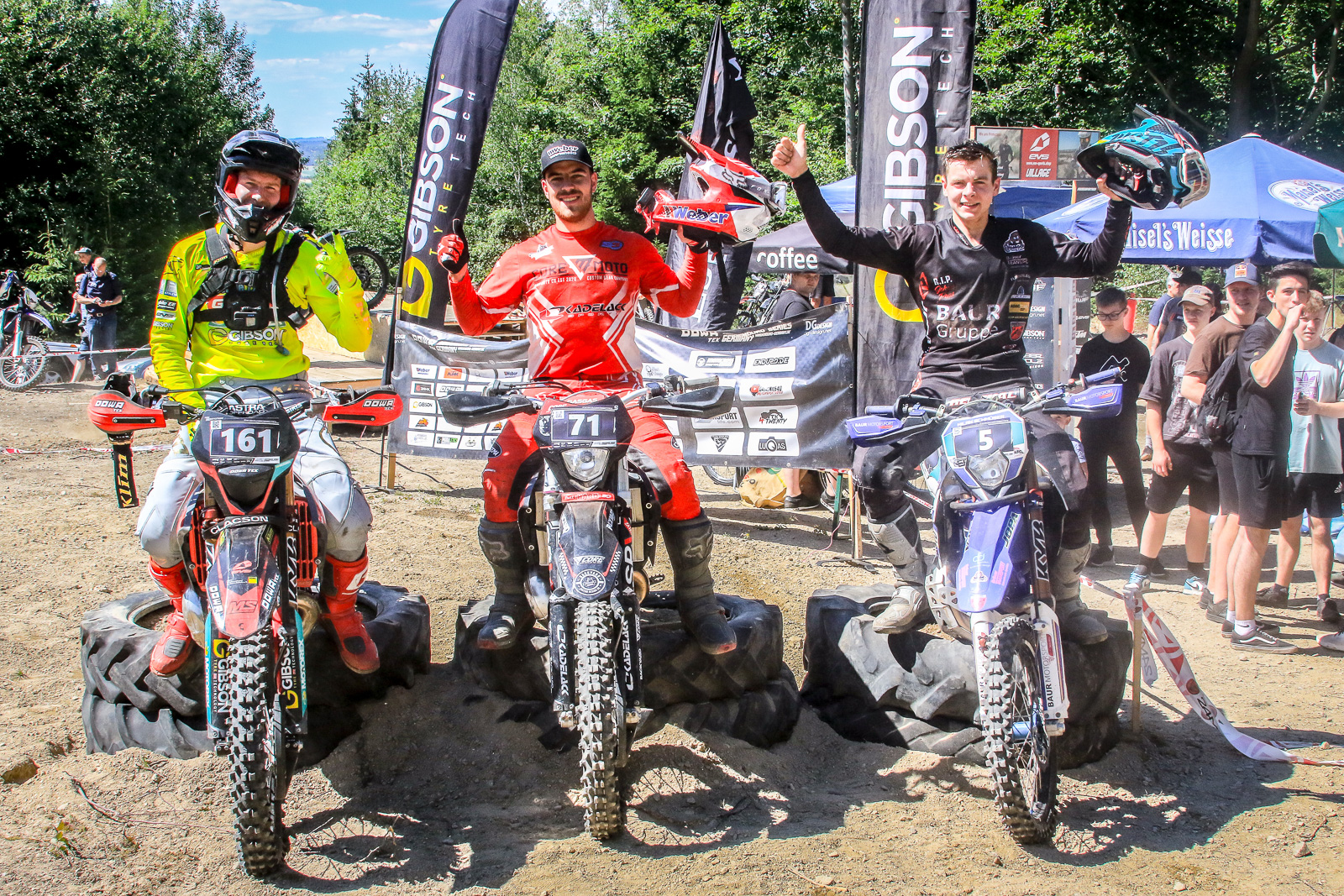 The most demanding track of all, however, also claimed many technical problems and also retirements. The most prominent victims of the crashes were Max Faude and Kenny Lötzsch. Dirk Peter and Marcel Teucher also lost a lot of time. Teucher, who was in the top 10 at the beginning, lost a good position due to a defective brake and a radiator hose. In the end, in 29th place, he was the first driver out of 135 who did not reach the finish.

Gallas, on the other hand, can now be celebrated as the half-time champion. His lead, however, is still very small at 2 points. Thanks to Hentschel's bonus points in the prologue, the championship remains open.

With 3rd place overall and his third victory in the Juniors, Milan Schmüser further consolidates his lead in the Juniors. Behind him, Eric Seifert also established himself in second place ahead of Louis Richter, who was now competing on a GasGas for the first time. For him this was a clear upward trend.

Rene Dietrich was able to fight back in the seniors' race. He also has the most experience with extreme terrain and was all the more pleased at the finish with the challenging course that MSC Gefrees had set up. 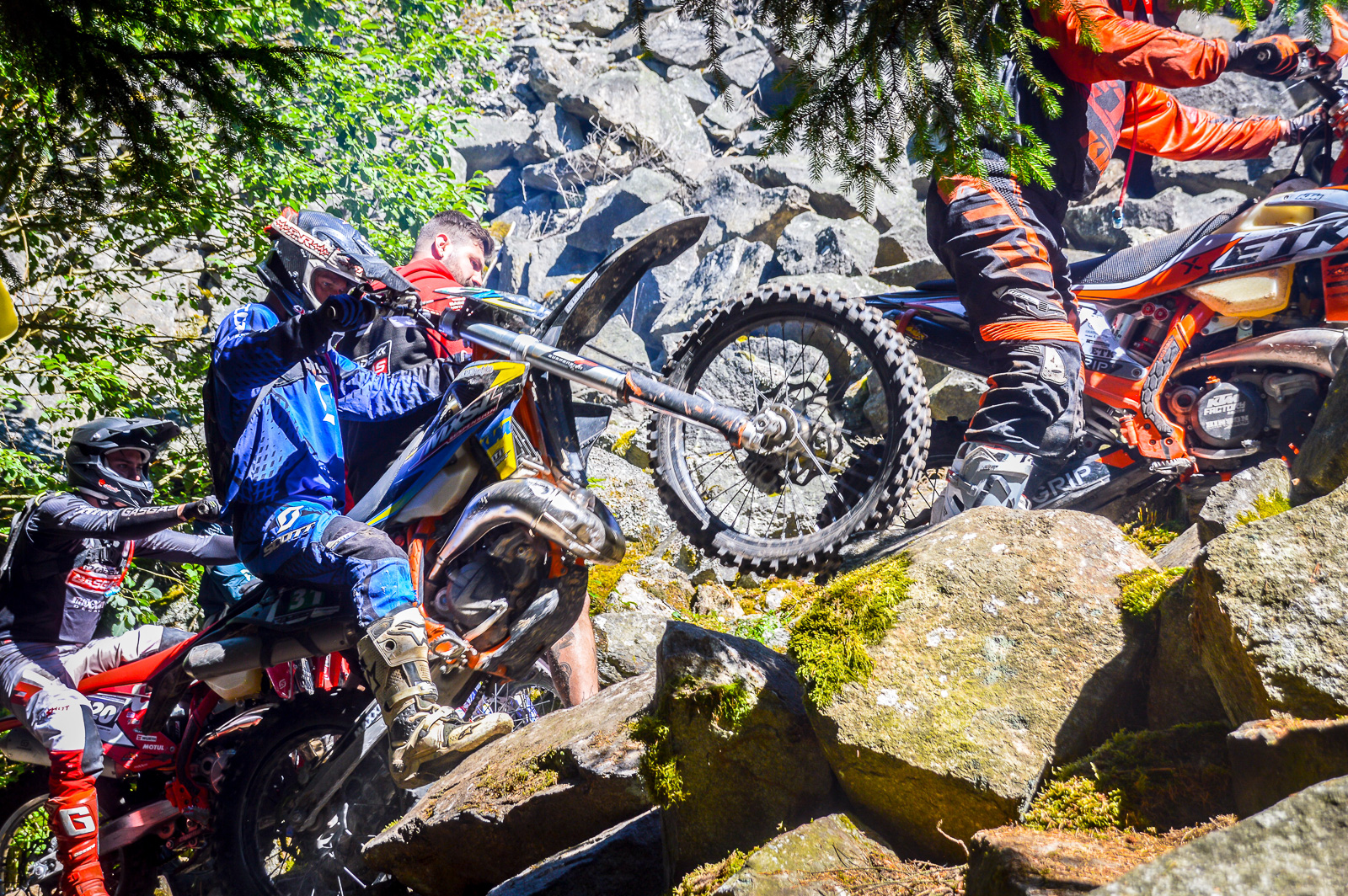 Nico Hapke was able to take his first victory in the amateur category in Gefrees. Jakob Braun, Michel Breu and Nico Hapke were the third winners in the third race of the season.

The next race will take place on 16.07. in Reisersberg. Online registration for this further highlight is still possible at www.hardenduro-germany.de/onlinenennung-reisersberg-16-07-2022 .