Gallas has the best view in the dust of Hamma, International victories in the classes 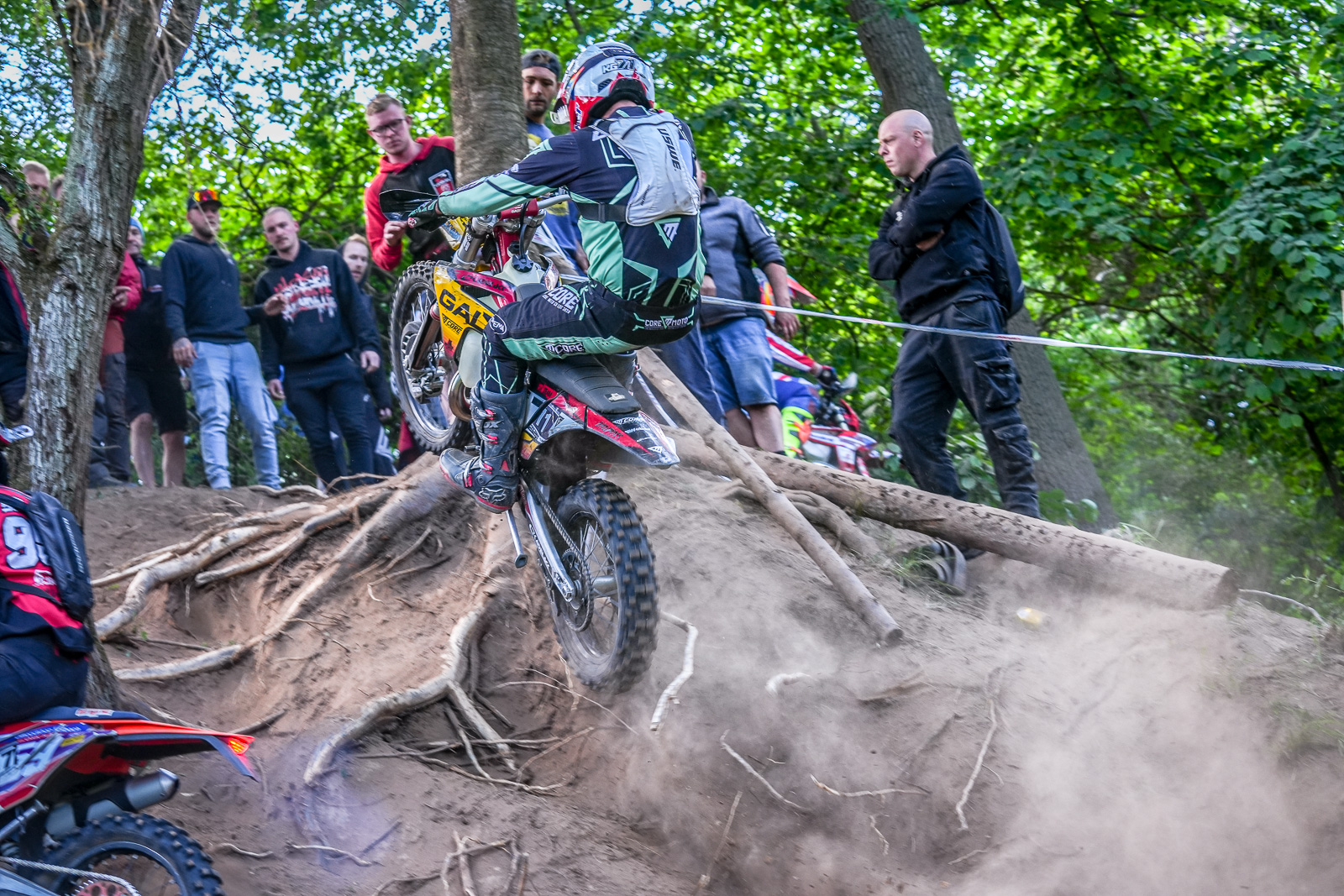 The second round of the season of the DOWATEK HardEnduroSeries Germany was also marked by dusty conditions. After 3 attempts, however, the host MSC Hamma was glad to finally be able to hold the race, which had been postponed several times. With 124 participants, there were also significantly more participants in the race than at the last event in the southern Harz in 2019.

Leon Hentschel was the first to take to the track and immediately took the fastest time in the fast Gibson Tyres Prolog Award. However, he had to wait a long time until the victory was finally decided, because at the end another fast guest driver followed. Florian Görner knows his way around Hamma and was able to close the gap to Hentschel but he was not able to pass him. 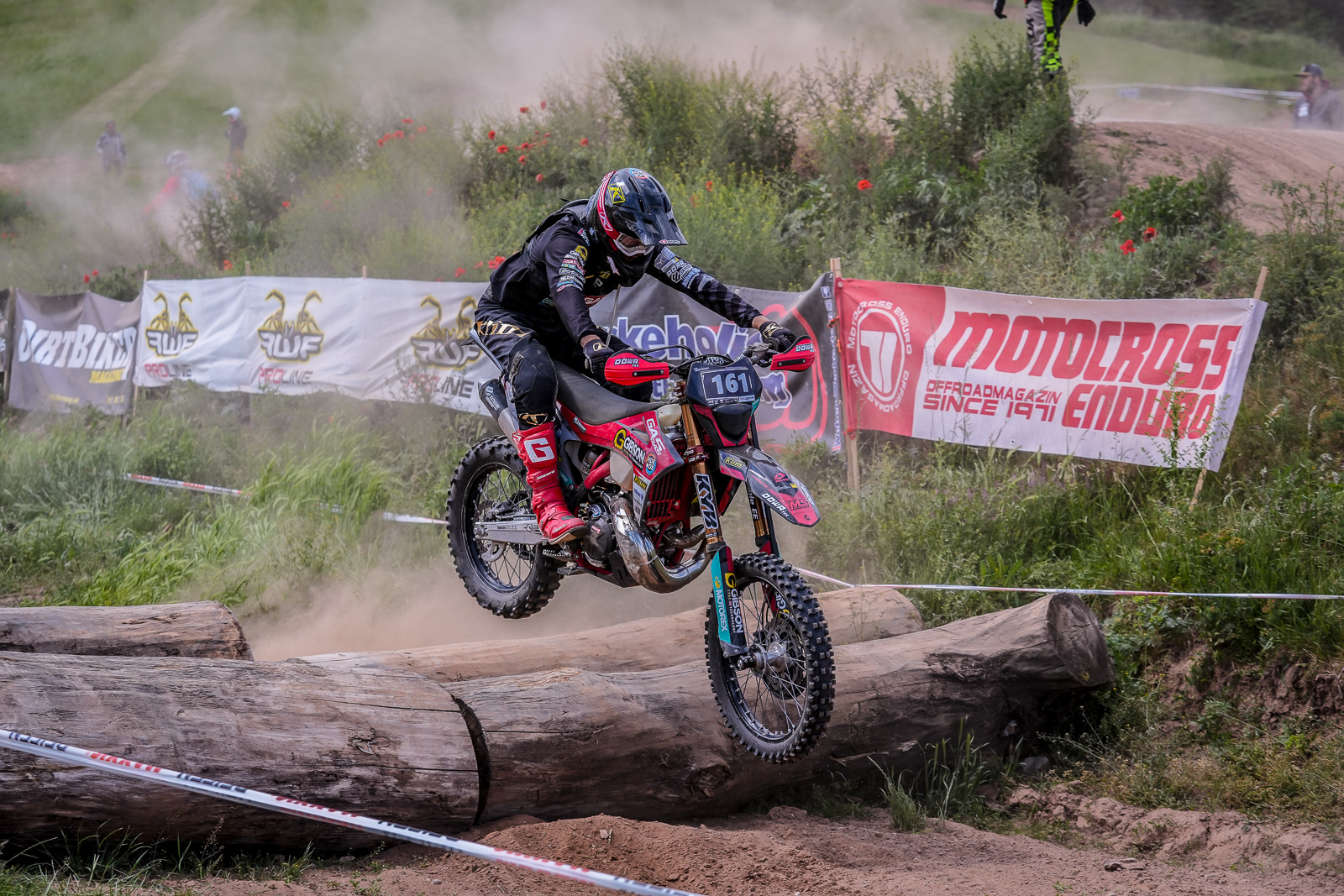 Excitement and a lot of demand on some sections were already present in the group races. In the course of the race, the ruts became deeper and deeper, which made life difficult for the participants. In addition, there was a lot of dust and loose soil, which made it even more difficult to start on the difficult sections.

The biggest surprise was Florian Görner, who fought for victory with Kevin Gallas in the more difficult second group race, which the young man from Scharfenstein even managed in the end. Thus, the guest rider was able to start first into the final together with the heat winner from group race 1 Leon Hentschel. 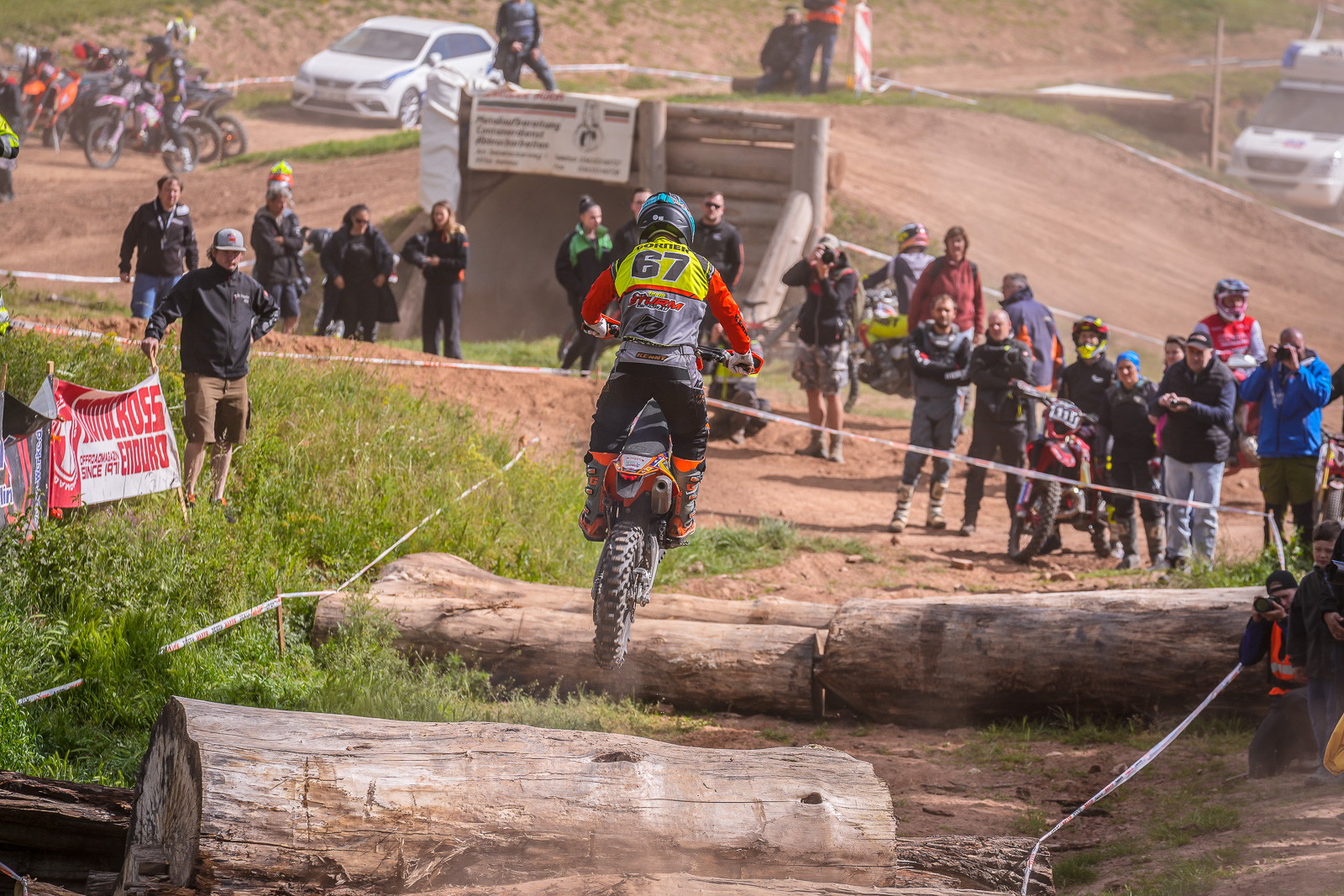 Stonefield decided the final in favour of Gallas

MSC Hamma had chosen some more difficult sections in the terrain for the final. But the decision was already made in the first section. A difficult stone field, which had to be driven uphill, caused a major traffic jam. The first riders came through best, as they were already able to build up a decisive gap. Kevin Gallas also chose the right track and was able to build up a small lead, which he was able to hold until the finish. Overall, the podium was the same as a week ago in Crimmitschau. Gallas won ahead of Hentschel and Wulf, but it remains close in the standings, as Hentschel's top places in the prologue

Hentschel's top placings in the prologue added a few extra points to his account. With a one-point lead, Gallas now travels to Gefrees, which will probably be the most difficult race of the season. 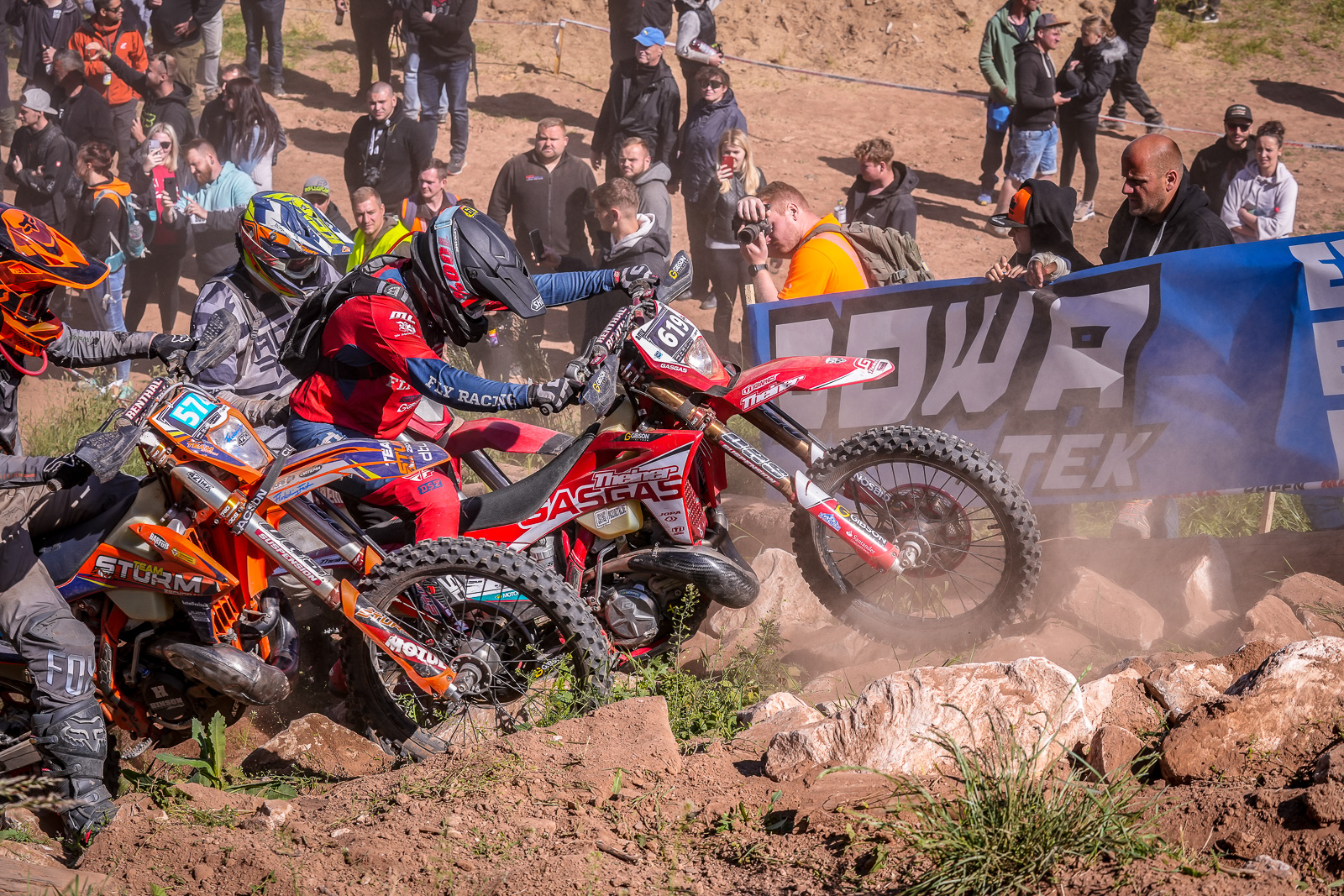 Schmüser wins again in the juniors ahead of Seifert

Milan Schmüser won the junior classification again. Behind him, Eric Seifert made up a lot of ground and is now also in second place overall. Third place went to Lenny Geretzky, who was not at the start in Crimmitschau due to a clash of dates and thus scored his first points of the season.

In the senior class, the victory went to Rene Jerbach, he "fought" his way through the field and thus won ahead of Dirk Peter.

The victories of Jerbach (Estonia) and Breu (Switzerland) prove that the HESG is also gaining international importance. 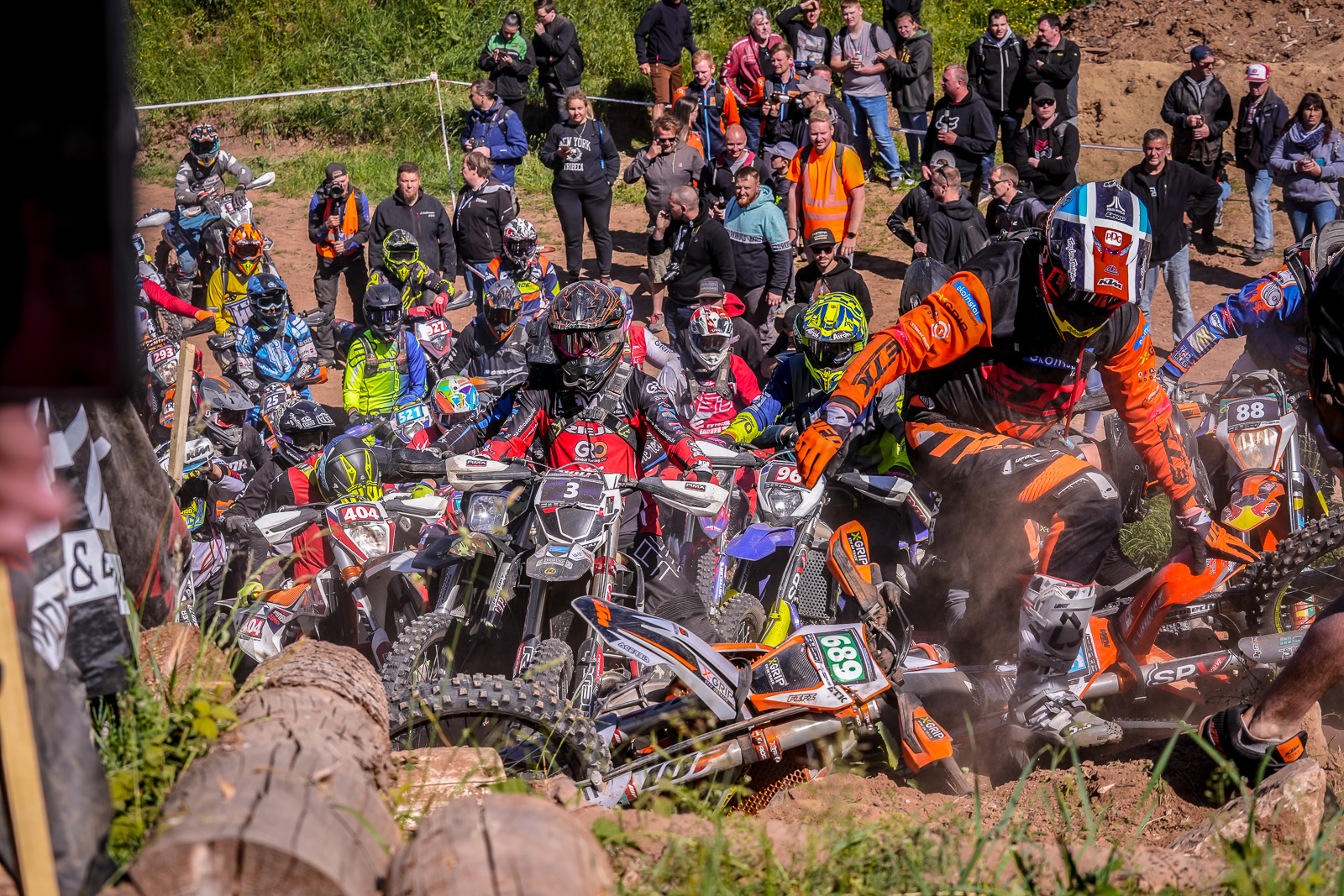