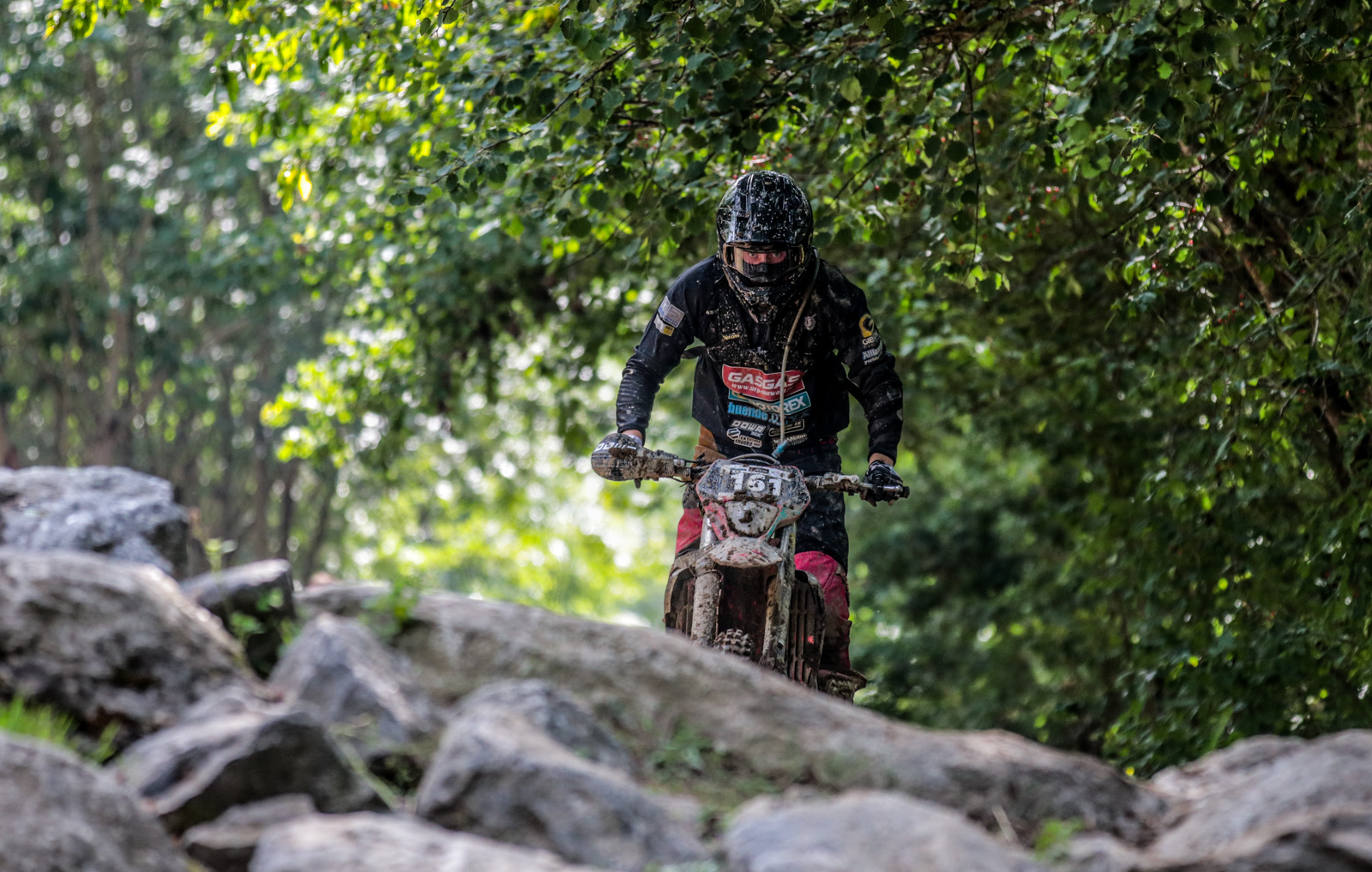 Not only the list of participants, but also the weather forecast promised excitement for the second round of the MAXXIS HardEnduroSeries Germany.

As the new organiser, MCC Reisersberg had already expressed interest in hosting the event at the end of 2019. However, the Corona crisis delayed the staging of the first round in the Bavarian Forest. Nevertheless, contact was maintained and, with a year's delay, the event could now be held as the second round of the 2021 season.

Although the weather forecast promised rain for the race day, the typical dry, hot HESG weather prevailed once again, which meant that the 14th round in the history of the series could once again be held in dry conditions.

Nevertheless, the standard on the lap was high, as many natural ascents alternated with some artificial obstacles. Many riders described the course as one of the best in the history of the series. 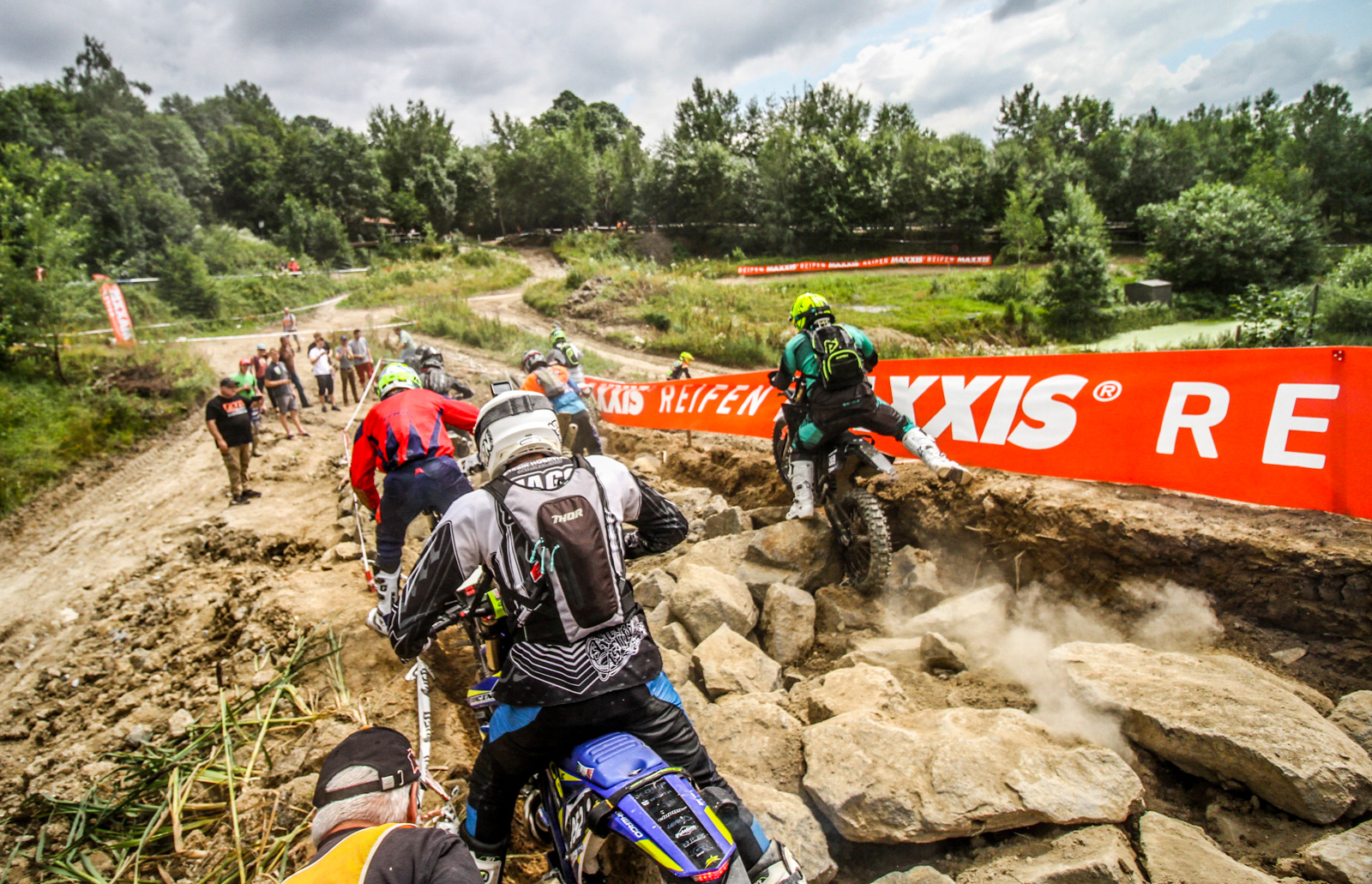 The MCC Reisersberg had marked out a fast prologue for the riders, but it still had one difficulty. A staircase with a sloping stone field afterwards. Nevertheless there was a fast Endurides Prolog Award with 1:30 minute for the top. Tim Apolle set the best time this time and could therefore also take the lead in this classification. A total of 104 riders took the Prologue and thus also the event.

The group races had a distance of 90 minutes. But the first difficulty was the start, because there the bike had to be pushed up a small jump for the first time.

The first group race had all the stars of this season in the starting line-up, because despite the prologue, by chance Tim Apolle as well as Leon Hentschel and Marc Wulf were in this first race of the day. Over 90 minutes, Tim Apolle prevailed and thus gained the best starting position for the final.

In the second group race it was Milan Schmüser who did the same to Apolle and won his heat ahead of Max Faude.

For many hobby riders the group race with many narrow passages in the forest as well as obstacles was a real challenge, they were already satisfied with their achieved 2 laps. 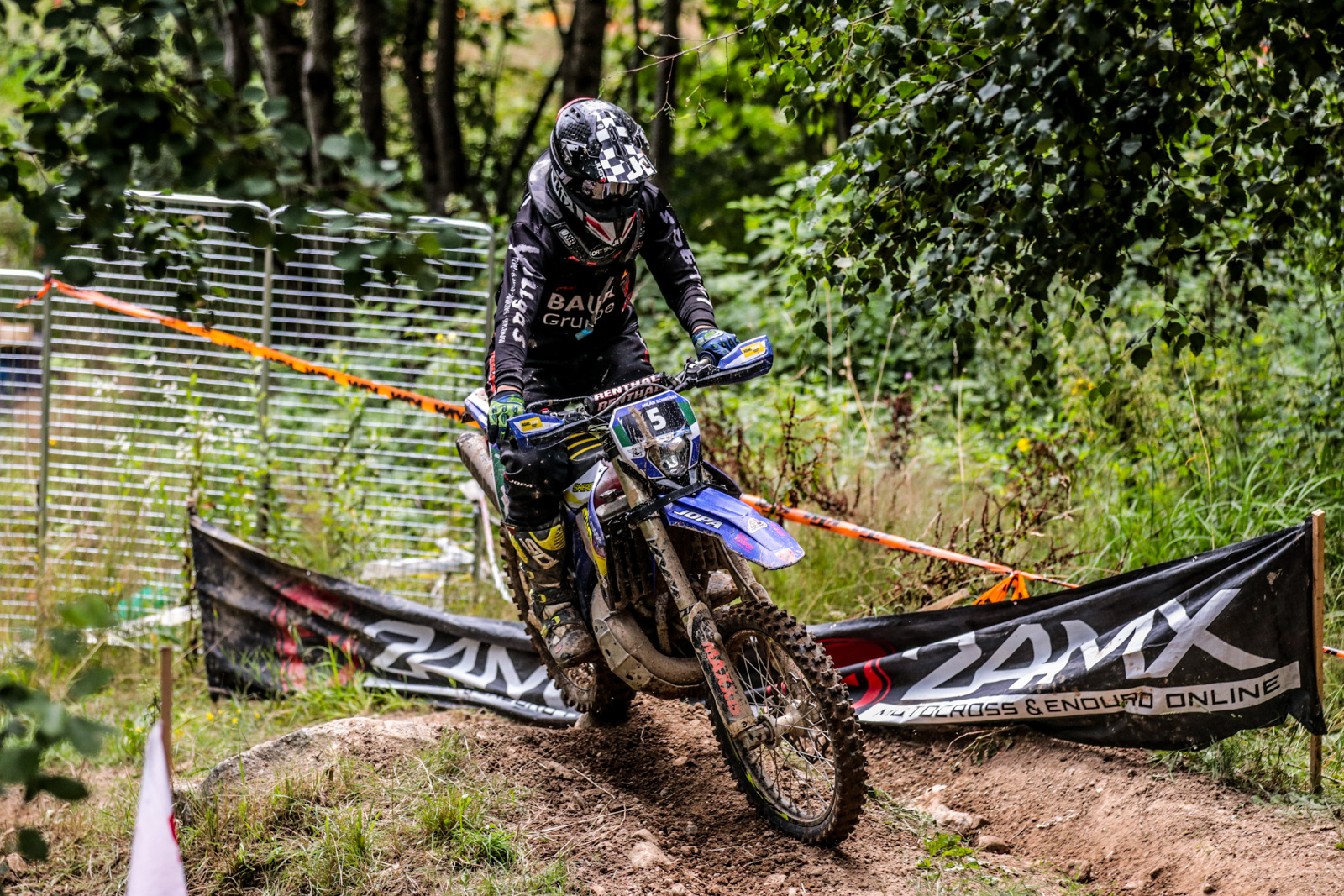 In contrast to the race in Crimmitschau, the final was again started in two rows. This meant that the results of the group races were more important in the final, because a victory meant having a small lead over the opponents.

After round 1 went smoothly, there was a traffic jam in round 2 at a crunchy stone climb. As there was no way through, the riders were briefly stopped and rerouted. Hentschel took advantage of this opportunity to take the lead. With constant lap times he stayed in the lead and took his second win of the season ahead of Apolle and Marc Wulf. 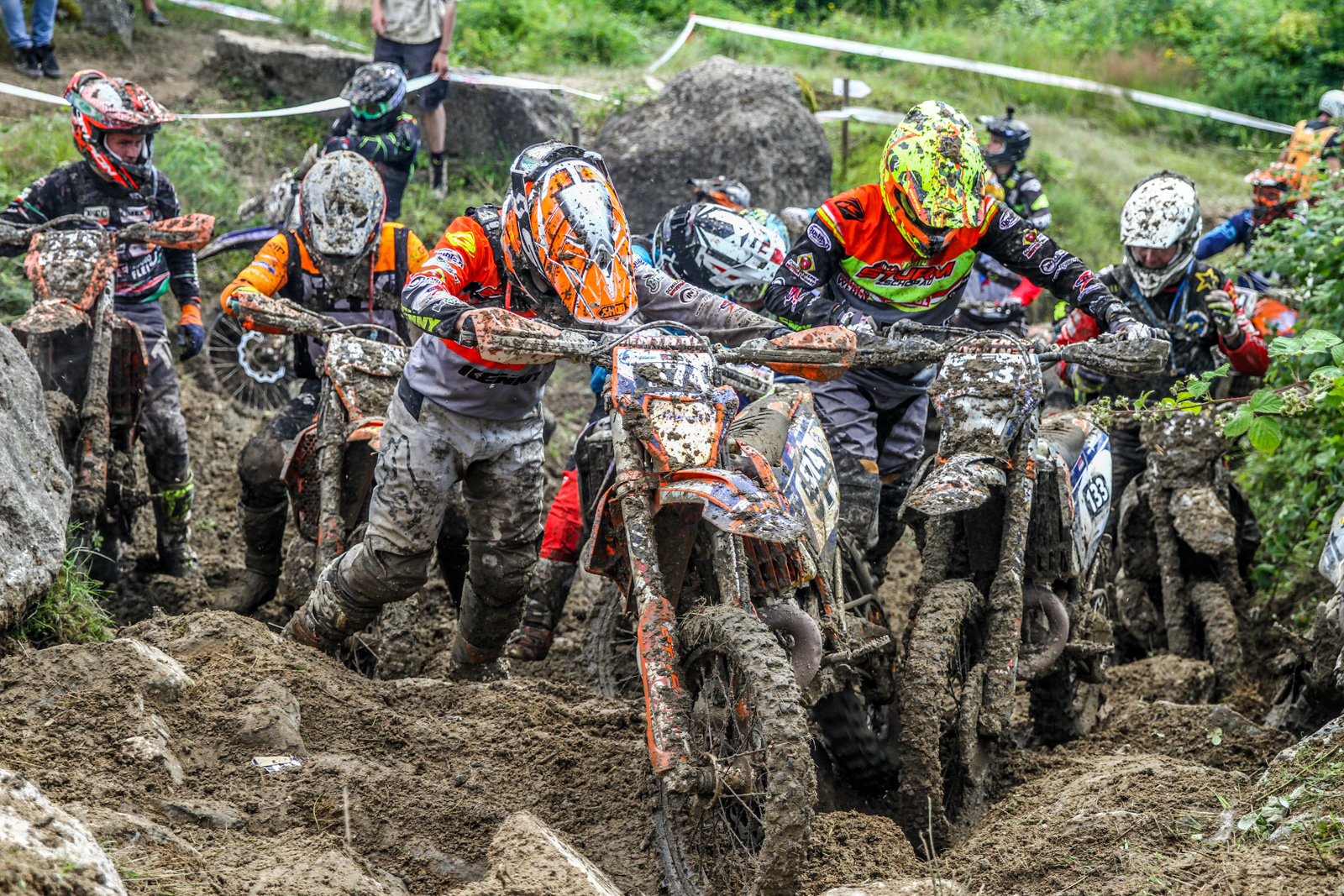 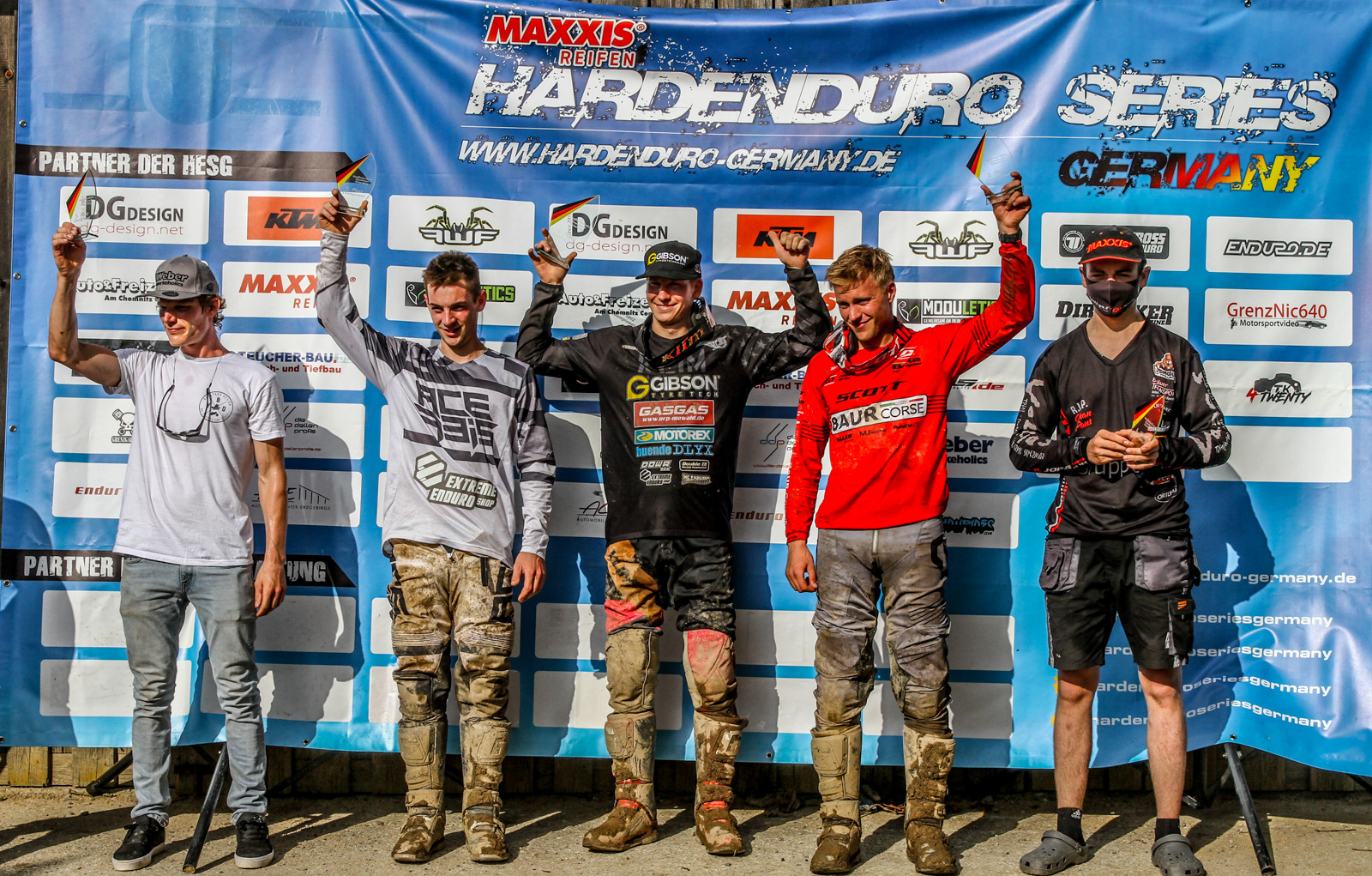